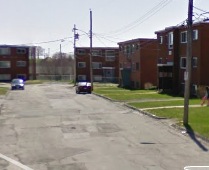 A Halifax driver was arrested on a DUI charges twice yesterday.

View Larger Map
At 0840 a.m this morning a 40 year old female was arrested for impaired operation on Regency Drive in Halifax.  She was charged with operation over 80 mg % and impaired operation and subsequently released. This evening at 6:48 p.m. police were alerted to a possible impaired driver on the Bedford Highway.   Upon stopping the driver,  she was found to be the same person from the earlier impaired incident.   She was charged with refusal and held for court in the morning.

Driver busted twice in the same day for DUI
https://haligonia.ca/driver-busted-twice-in-the-same-day-for-dui-10333/