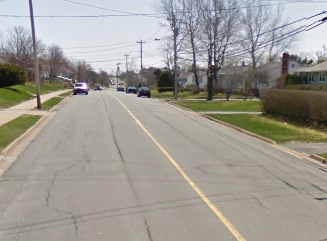 Three people are in hospital after a car accident and an assault in Dartmouth.

View Larger Map
At 12:15 am the two males  were walking in the area of Lucien Drive in Dartmouth. They noted a small silver car drive by several times. A short distance away the victims were approached by the occupants of the  car.  At this point they all had hoods up and faces covered, they demanded cash and cigarettes.  The victims were  hit and knocked to the ground where they continued to be assaulted. One of the victims was struck with a bottle as well the victims got up and fought back and the suspects fled. The males attended the hospital where they were treated and released. The suspects were eventually located and are presently being interviewed by RCMP regarding a similar incident in their area.

View Larger Map
At 4:30 am a vehicle was proceeding North bound on Highway 111. As the vehicle approached the Braemar off ramp the driver fell asleep and left the road. The vehicle flipped on to the off ramp for exit 6D. Fire Service attended to extricate the driver from the vehicle. He was taken to the hospital with non life threatening injuries.