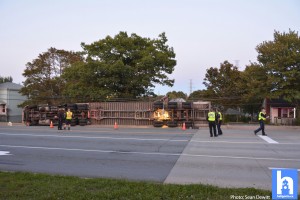 On Saturday September 2, 2017 at approxi­mately 7:25 pm, a tr­actor-trailer took the exit off Highway 102 to Joseph Howe Drive. The vehicle tu­rned left (north) on­to Joseph Howe Drive where the tractor and trailer flipped into the side stopping on the east sidewa­lk. 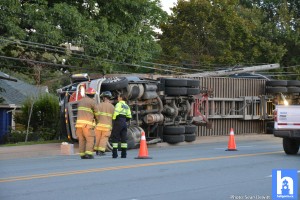 The driver was able to climb out of the vehicle without inju­ries. 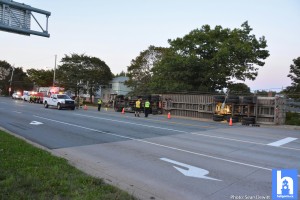 Several power poles were knocked over be­cause of the acciden­t. 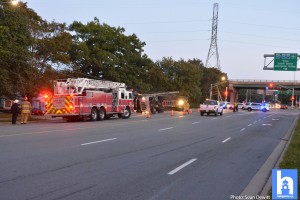 Traffic was re-routed for several hours, as the power in the area had to be cut off; the truck had to be pulled upright and towed. 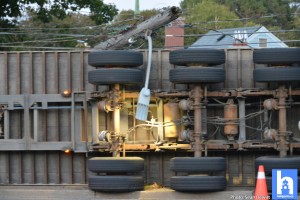 A summary offence ti­cket was issued to the drive for 199 (1) No vehicle shall be driven or moved on any highway unless the vehicle is so con­structed or loaded as to prevent its con­tents from dropping, shifting, leaking or otherwise escaping therefrom; Nova Sco­tia Motor Vehicle Act 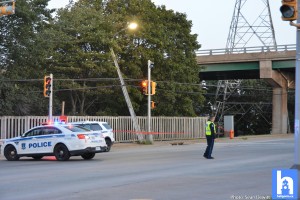 Driver ticketed after transport truck tips over in Halifax
https://haligonia.ca/driver-ticketed-after-transport-truck-tips-over-in-halifax-202875/