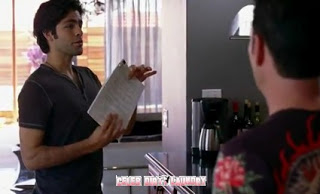 Sunday night’s episode of Entourage was better than last week’s premiere, but I’m still not sold on this season. Let’s review what went down with the dudes.

Vince is writing and directing a Lifetime movie about a golden retriever that rescues trapped miners, which will star Drama. Really? If this is Vince’s storyline for the season, I am going to be sorely disappointed. There is nothing about that storyline that says “movie star”, even if Billy Walsh helps make it better.

Meanwhile, we learned a little bit about what happened with E and Sloan. Well, not really. We found out that the engaged couple had a huge fight, E walked out, and that was it. Really, Entourage? This can’t go on forever, at some point I’m going to want to know what happened. E and Sloan hooked up, and then she told him she’s moving to New York. Something tells me it’s not over with them, though. In other news, does E ever work? He’s been dressed like a slob and hanging out with Vince all season while Scott is back at the office working. What gives?

Turtle’s storyline continues to disinterest me. He’s working for the tequila company, and that’s fine, but I’m so not into all this pining over Alex stuff. Alex is gorgeous, now she’s a famous spokesmodel, and she hasn’t been calling Turtle back. I just can’t care about this, you guys. I never really cared about the tequila storyline, and it certainly seems like Turtle only cares about Alex because he can’t believe he scored such a hot girlfriend. They didn’t have enough chemistry as a couple last season for me to want to know what’s going on now that she’s out of the picture. 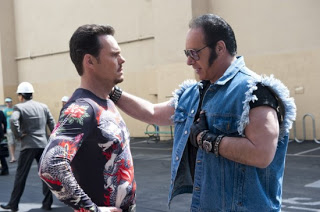 Right now, I think Drama and Ari are carrying the show. I liked all the material with Drama and Andrew Dice Clay, and I like the idea that Johnny Drama might actually be the stable, sensible person in that working relationship. 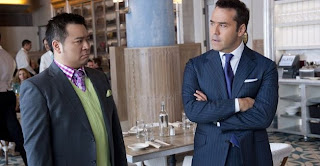 As for Ari, I’m really enjoying seeing him fall to pieces as he watches his wife move on. I loved seeing him drag Lloyd around trying to figure out who was sleeping with his wife, just like old times. They seem to have found a way to progress Lloyd as a character by promoting him to an agent without losing that relationship with Ari, especially now that Ari is dangling the head of TV job over him like a carrot. And since we saw Ari’s hurt, sensitive side last week, we don’t really have to be mad at him over his raging, jealous behavior.

While this second episode was funnier and moved faster than the first, I’m still hoping the season picks up before it wraps up. What’d y’all think?