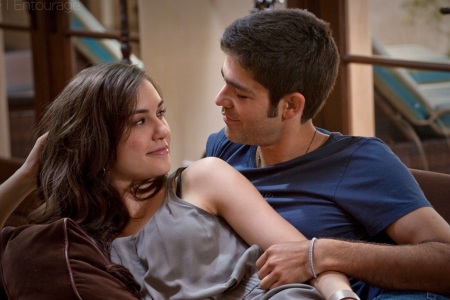 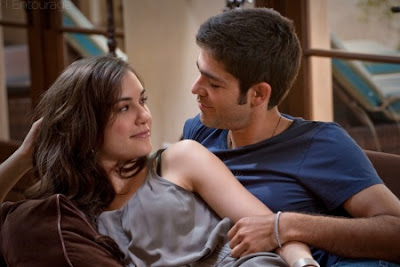 Wow, two good episodes of Entourage in a row! We’re on a roll, folks. Sunday night’s episode of Entourage was funny, raunchy and exciting. Lots of great characters were back and it seemed like the show had really recaptured its essence.

Vince is still dating Sasha, and things are getting serious between them – but his professional life is getting complicated. After Tweets about his porn star girlfriend and his new tequila company are posted along with some racy videos, everyone around him freaked out. Shawna (the publicist), E, Ari and the execs behind his almost-sealed multi-million dollar movie deal. Meanwhile Turtle finally “sealed his deal” with Alex, only it didn’t go well. Apparently her completely bare you-know-what had him all freaked out and he couldn’t perform. I wonder if she had it bedazzled as well? That’s a trend in L.A., right?

E and Scott are working really well together now, but it looks like some drama is building involving their endlessly absent boss – who just happens to be Sloan’s godfather. And speaking of Drama, he was drunk the whole episode. But our favorite washed up indie director Billy Walsh was back and has a great idea for a project for him. He suggested Drama do a cartoon – like The Simpsons, but angier – because poor Johnny Drama is too ugly to carry a TV series. I want to see this happen. And I want to see more Billy, now that he’s all cleaned up and shopping at the gap.

The biggest mess of the episode was Ari’s, though. Instead of suing him, Lizzie decided to expose him to the press. So. Much. Worse. I can only imagine what her tapes of him must sound like – Mel Gibson meets Christian Bale. (Someone do a mash-up!) I can’t wait to see what the aftermath will be. Will his wife be mad, or is she used to Ari’s rude, misogynistic, tyrannical, obnoxious, violent (and totally hilarious) rants?