With 2010 wrapping up I decided to take a look at some of my own statistics. You know, to see what works and what doesn’t, what avenues have been leading people to the blog, etc. And guess what? Google Analytics is a wealth of hilarity. So here are a few lists, some interesting and some funny and all rather self-absorbed, about Couchtime in 2010.
Most Popular Posts of 2010
1. Survivor Ponderosa: Coach and Courtney get a honeymoon
Heroes vs. Villains was such a good show that I truly believed they could have aired an additional half-hour show of deleted scenes and Ponderosa videos. And much of that was thanks to the bizarre/hilarious/possibly fictional/totally unlikely friendship between sarcastic Courtney and delusional Coach. I’m so glad this was the biggest post of the year because Courtney’s sense of humor makes her one of my favorite Survivor players of all time.
2. ANTM: Bitch, please…
This was the first post on Cycle 14 of ANTM, the season that only featured contestants under the height of 5’7″. Plus it was Andre Leon Talley’s first season. The season – er, sorry, “cycle” – featured some colorful and polarizing personalities, which probably accounts for this post’s popularity.
3. Glee: What a Journey
Just thinking about the season one finale of Glee puts a smile on my face. The songs from that episode are frequently played on my iPod, and just looking at the finale review makes me want to throw that episode into the DVD player.
4. America’s Got Talent: Some do, others…not so much
Oh, my first ever episode of America’s Got Talent. Before I grew frustrated with and weary of the show, I was cheerily optimistic about blogging it. Oh, how naive I was.
5. Survivor: “You’re a Little Man”
I’m glad Survivor: Heroes vs. Villains showed up twice in the top five posts of the year, because I absolutely loved writing about that season. This was the episode where Boston Rob got voted out, which both broke my heart and changed the course of the rest of the show.

Top Ten Search Terms of 2010
Eliminating things like “Couchtime With Jill”, “Couchtime Blog” and “Jill Mader Blog”, these were the most common ways people found Couchtime through search engines this year.
1. survivor ponderosa
Looks like people really wanted to read about and discuss those extra videos!
2. antm jessica 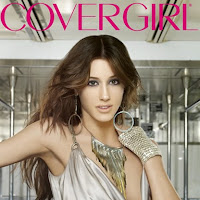 For a girl who only came fifth, a lot of people searched for ANTM Cycle 14 contestant Jessica Serfaty. She was very pretty, and I thought she was eliminated too soon, so I guess a lot of other people felt the same way.
3. glee gaga
Yeah, I liked that episode too.
4. last comic standing results
Answer? Disappointing.
5. last comic standing pardon me
I wanted to find a video of Jared Logan’s famous “pardon me”, but after a couple quick Google and YouTube searches I came up empty-handed. I know it was hilarious, I just can’t remember why.
6. date mike
This is why: 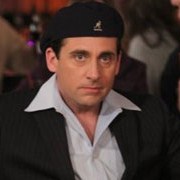 7. america’s got talent catwoman
This is why: 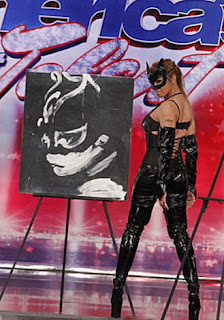 8. the office herpes
Or, herpes duplex. The episode was the one where Michael contacted all his exes to tell them he had an STD, which was really a cold sore.
9. antm ren
I didn’t care for her much, and I’m guessing others didn’t either.
10. how i met your mother punchy
This one surprised me. Is it because we all think Ted will meet the mother at Punchy’s wedding? I don’t see why else such a minor character would make such an impact. (Get it? Punchy? Impact? Haha? Yeah, I know…not funny.)

Favorite Search Terms of 2010
Sometimes I peruse the search terms that led people to the blog and get quite a chuckle out of them. Here are some of the funnier ones from this year:
1. “you’re a little man”
I am so glad that Boston Rob’s parting words to Coach were so memorable that people were Googling them. It was the perfect thing for him to say in that moment.
2. oh mylanta raina
I often questioned ANTM contestant Raina’s “Oh Mylanta” catchphrase, and it looks like a lot of other people did too. I did a little searching and apparently it’s a Full House reference.
3. on glee why did rachel choose don’t cry for me argentina as her funeral song?
More than one person found Couchtime by Googling this. More than several people, actually. I think Rachel explains it in the episode, but I’d say it’s because it’s a fantastic song and she dreamed that people would only appreciate her in her death.
4. amazing walk race
What? Were the people searching this hoping there would be a version of The Amazing Race for less active or athletic people? Don’t worry, every leg is a non-elimination leg so just stroll on over to the pit stop?
5. the bachelorette’s messy hair
I KNOW! 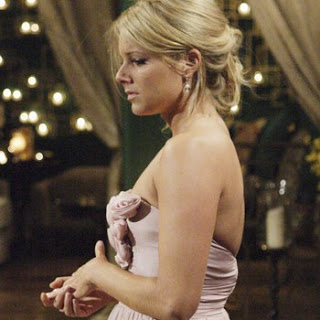