While there are a lot of television shows, movies, music, etc. that I loved this year, there are even more things that I hated. This list could be very very long, but I tried to trim it down to things that are truly Worsts, and things I’m actually familiar with. For example, I’m sure Scott Pilgrim vs. The World wasn’t THE WORST movie of the year, but it was one of the worst movies that I saw this year. And I tried to avoid people or things that are just generally awful, like Justin Bieber, Kate Gosselin, or any movie starring a robot. So, without further ado, here’s my Worsts of Oh-Ten list:

1. Sex and the City 2
You may have read my review back in the Spring about how much I hated this movie. Those feelings have not gone away. In fact, every time I think about it my hatred seems to grow. I can’t even begin to describe how the characters were actually caricatures and the themes were offensive and narrow-minded. If you saw it, you know what I’m talking about. If you didn’t, you’re lucky. Reeeallly lucky.

2. $#*!My Dad Says
I didn’t even bother trying to watch this show when it came out. It’s based on a Twitter feed. It stars William Shatner. It has a laugh track. It had a lot working against it. But it comes on right after The Big Bang Theory, which I like, so I occasionally caught some of it after that show ended. It was so awkward and so poorly written, I have no idea how it ever made the air. It edged out Outsourced as the worst new show of the fall 2010 season…

3. Outsourced
…but it didn’t edge Outsourced out of the worst of the year list. There was a lot of debate over whether Outsourced was racist or not. I haven’t seen enough of it to really judge that. I have seen enough, though, to judge the comedy. And the show just isn’t very funny. Was it absolute trash? No, it didn’t seem THAT bad. But with all the good TV on, I can’t imagine making time to watch it.

4. Dear John
It’s not that I expected Dear John to be good. I mean, it’s based on a Nicholas Sparks novel, so I knew it wasn’t going to be Oscar-worthy material. But it had Channing Tatum and Amanda Seyfried, so I thought it would be enjoyable trash, you know? Well, it wasn’t. The plot took a bizarre, unexpected twist about halfway through and never recovered. In a bizarre twist, I ended up seeing the Miley Cyrus movie based on a Nicholas Sparks novel and thought “Gee, this isn’t nearly as bad as I expected.”

5. America’s Got Talent
What a mistake. I decided to watch America’s Got Talent this summer because there wasn’t much else on and I needed something to blog about. I started out liking the show, but by the end I think each of my posts began with “How much longer can this go on for?” I hated the format of America’s Got Talent – too much time was spent on mediocre semifinalists, and then the really talented finalists weren’t given ample opportunity to win my heart. The result was utter boredom and an anticlimactic finish.

6. Scott Pilgrim vs. The World
A lot of people liked this movie, and the ones who didn’t seemed to have more of a problem with Michael Cera. I don’t, so I thought I would enjoy it. I got as far as the first Evil Ex. He started singing and I turned off the DVD.

7. American Idol Season Nine
I have nothing against Lee Dewyze, but American Idol‘s most recent season was kind of a snoozer. As much as I like Simon Cowell, I’m kind of glad he left because it’s given the show a chance to shake things up. I found season nine’s theme weeks to be old news and the judges’ comments often sounded recycled. I’m trying to keep an open mind about the new judging panel – at least Jennifer Lopez was good as a mentor once upon a time – because the show needs some new shtick to keep my interest. 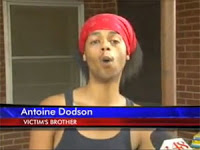 8. Antoine Dodson and the “Bed Intruder Song”
Oh, Antoine Dodson. In short, people laughing at this man makes me uncomfortable because at the root of this video is the fact that someone broke into his sister’s bedroom and tried to rape her. That’s not funny. So what makes his video so hilarious? Yeah, he’s a colorful character. But there’s more to the fame/infamy of this clip than that, and everyone knows it. Tamara Winfrey Harris at change.org and Kat at nogoodforme.com both do excellent jobs of expressing how I feel, so check out their posts. 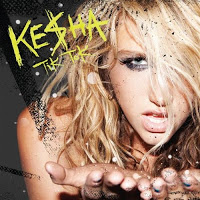 9. Ke$ha
Why is Ke$ha still around? Last New Year’s Eve, I danced to her hit “Tik Tok”. I thought to myself “This is a fun one-hit-wonder by a disgusting and untalented singer.” The song was catchy and quotable and I’m not ashamed to have it on my iPod. Well, maybe a little ashamed. But I could say that about half my music library. Anyway, then her whole album blew up. What the hell? How did we let this happen? I like pop music, and even I know she’s horrible. And that’s saying something.

10. The Film Club by David Gilmour
Like most of the books on my “Faves of Oh-Ten” list, this book was not published in 2010. But hey, books take a few years to go on sale and I’ve yet to become a famous enough blogger that I can just go around spending $25 on a book. Anyway, I hated this book. I really hated it. It’s about a father who lets his son (who has behavioral issues) drop out of high school under the condition that he watches three movies each week. I thought I’d find the book interesting, but instead I just got really angry. Yes, the kid turned out OK. But I felt like the author/father glossed over problems with hard drug use. It’s great that everything turned out well for his son, but I wouldn’t credit the “film club” with those successes. To me, the book felt smug and irresponsible.
So those are my worsts of the year. Obviously, there could be much more, so I open the floor to you – got any worsts?