Fiction by its very definition is a story invented by the imagination of the author. But how about when the fiction is ‘written’ by a fictional character? That is pure fiction!

I recently finished the novel “Heat Wave” by Richard Castle. This novel was on the New York Times Bestseller list for 16 weeks! Viewers of the ABC weekly drama Castle will recognize the author’s name as being the male lead of the show (played by Alberta-born actor Nathan Fillion). Rick Castle’s character is a best-selling novelist who writes a book entitled “Heat wave” based on the research he has done while shadowing the attractive female police detective Beckett played on the show by Stana Katic. How ingenious. The novel is actually one of the show’s props. 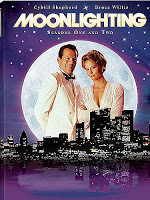 The show features cameo appearances by legitimate mystery authors such as James Patterson, Michael Connelly and Stephen J. Cannell who play poker buddies of the fictional Rick Castle.
Reminiscent of the show “Moonlighting” each week a crime is solved, witty repartee is bandied about by the lead actors and sexual tension often sizzles. For all that it was a light read and pure escapism, I thoroughly enjoyed the novel.

Reading the book “Heat wave” was eerily similar to watching an episode of the show which of course leads one to believe that perhaps the author of the book is the show’s scriptwriting team… For now the publisher wishes the ‘author’ to remain an enigma. The author blurb on the book’s dustjacket reads: “Richard Castle is the author of numerous bestsellers, including the critically acclaimed Derrick Storm series. His first novel, In a Hail of Bullets, published while he was still in college, received the Nom DePlume Society’s prestigious Tom Straw Award for Mystery Literature. Castle currently lives in Manhattan with his daughter and mother, both of whom infuse his life with humor and inspiration.”

The actor Nathan Fillion has done numerous book signing gigs at prominent bookstores to promote this novel. An ingenious and VERY lucrative promotion for the television show! I can’t help but wonder… was he in character the whole time?

Click here for an interview with the fictional Richard Castle. Fans of the show will enjoy the interview footage found here.

There will be a sequel by the as yet unknown author. “Naked Heat” will hit the bookshelves this coming September. What an ingenious marketing ploy! It is not the first of its kind however, Gary Troup, a fictional character from the TV show “Lost” penned the novel “Bad twin” in 2006.

There have been many novels written based on television shows, but very few who have been ‘written’ by the characters in them!