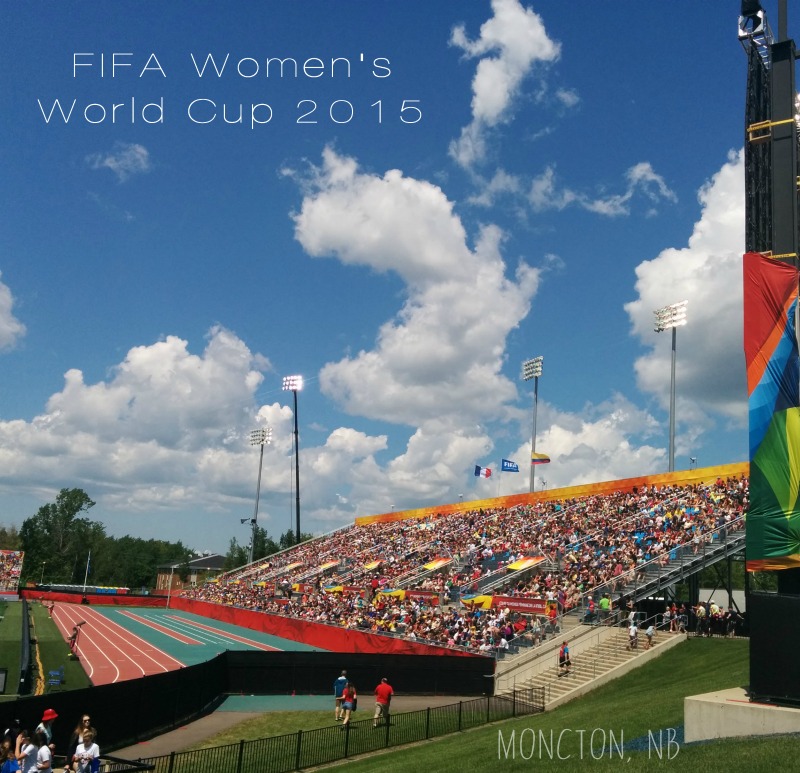 The weekend was a good one.  Mr. S and I were off to see two football games in Moncton…my first time watching a live game of football.

Yes, I use the term football because that’s what it’s called.  Only in North America is the game referred to as soccer.  Mr. S, being English, wanted to see England play Mexico.  We watched two sun-drenched games on Saturday and both teams we were rooting for won.  YAY!  I was at an international world event and the fan turnout, I felt, for the FIFA Women’s World Cup was amazing.  Canada is the host country this year with games played in six cities of which Moncton, NB is one of them.  The weekend started off in Nova Scotia and ended in New Brunswick.

Late Friday afternoon we headed to the heart of wine country, Wolfville, NS for a bit of wine and food.  I’ve spoken before about the amazing wineries we have in our tiny province and most are within an hour’s drive of Halifax.  With so many accredited wineries, gorgeous scenery, and restaurants nearby, it’s easy to forgo a schlep to the airport, waiting in lines, waiting to board, sitting in small seats on the plane, waiting for takeoff, and just the whole unpleasant experience of flying these days (sorry to some of my pilot friends but flying can be a bitch).  Instead, we chose a 51-minute drive to our b&b, dropped off our bag and headed to Luckett Vineyards for refreshments and a late lunch. 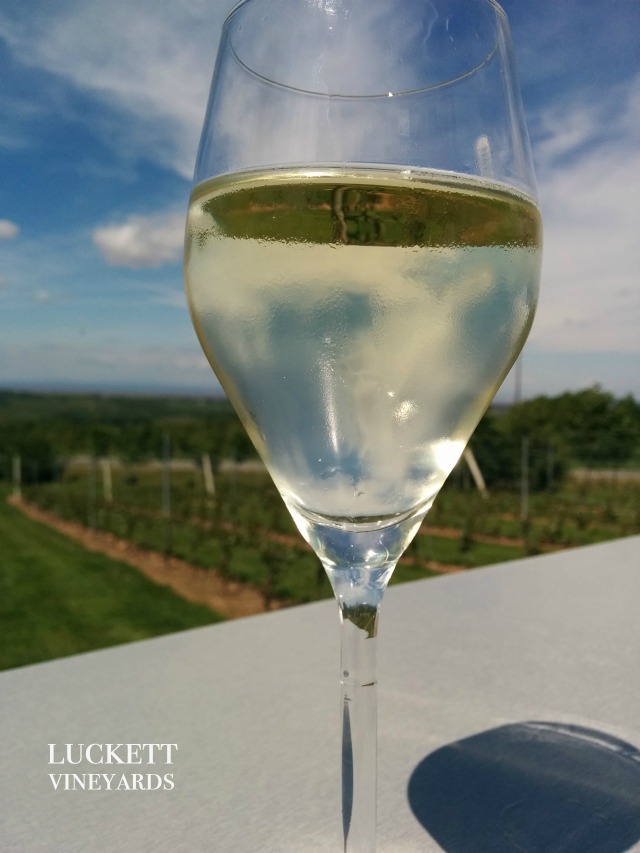 time to relax, let the warm breeze flow, and take in the gorgeous landscape 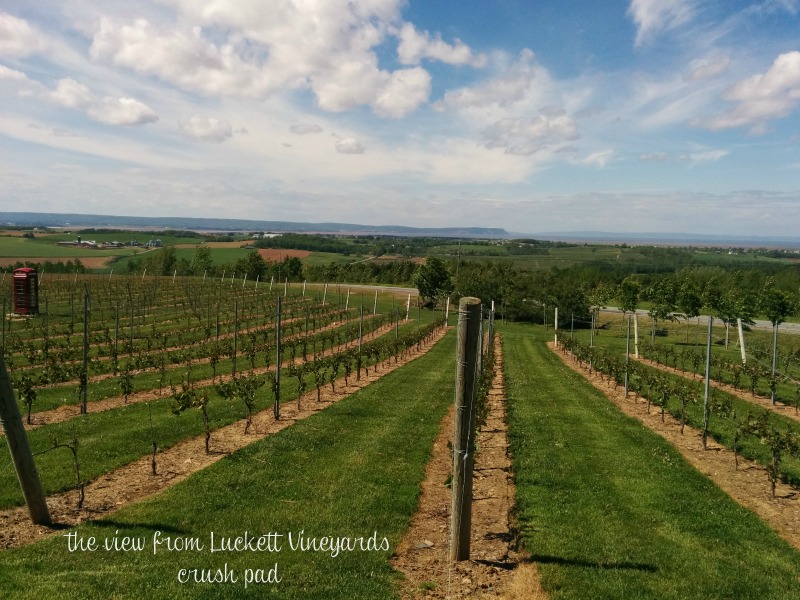 Notice the red phone box? Brought over from England, anyone can place a free call anywhere in North America!

Next stop was a visit to Planters Ridge; a new winery opened a year ago.  We became fans of their rosé wine when it was introduced last year.  Rosé wine was a hot pick for 2014 but we were skeptical at first about trying and were told it’s no longer sickly sweet (like older versions were).  It’s an easy off-dry wine to drink, a good choice for young adults as an intro to the wine world, and it doesn’t break the bank.  The view over their vineyard is stunning and their converted barn works well to house a tasting room, barrel cellar and patio. 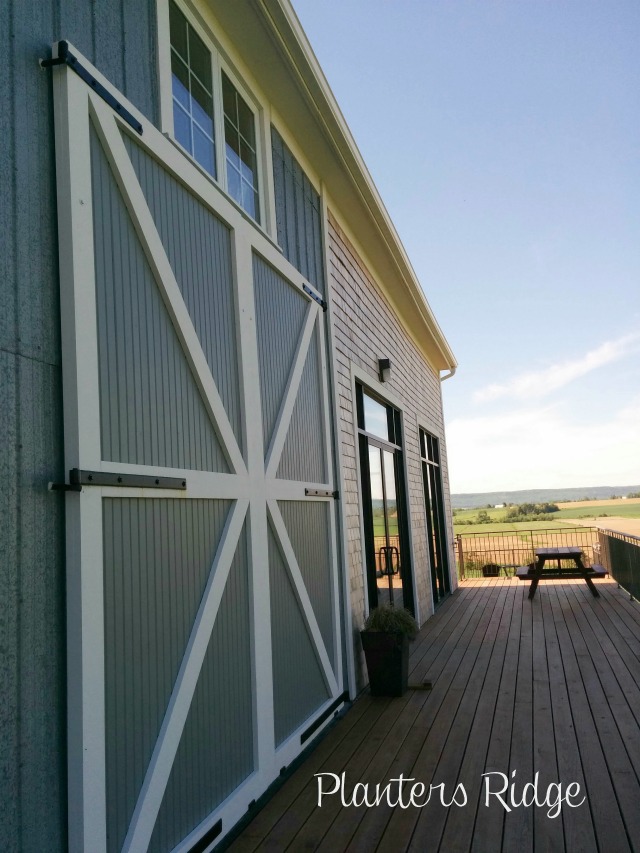 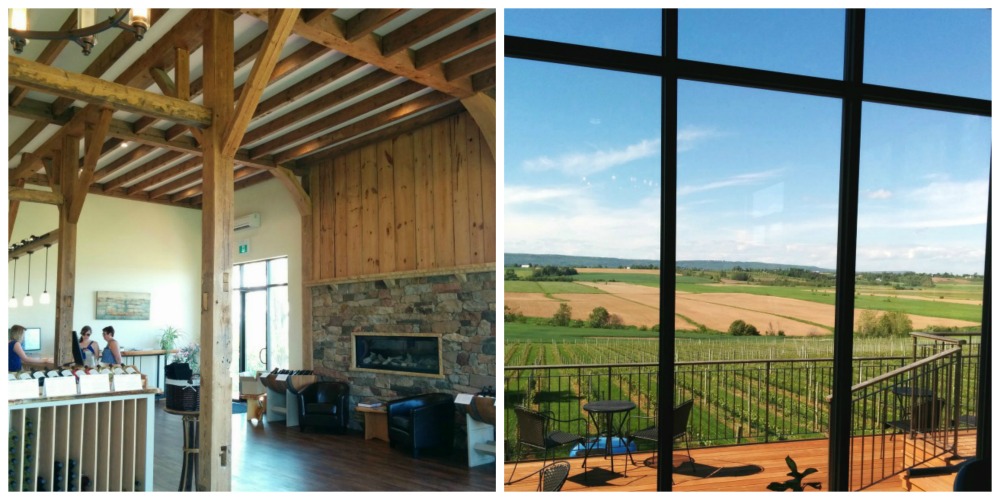 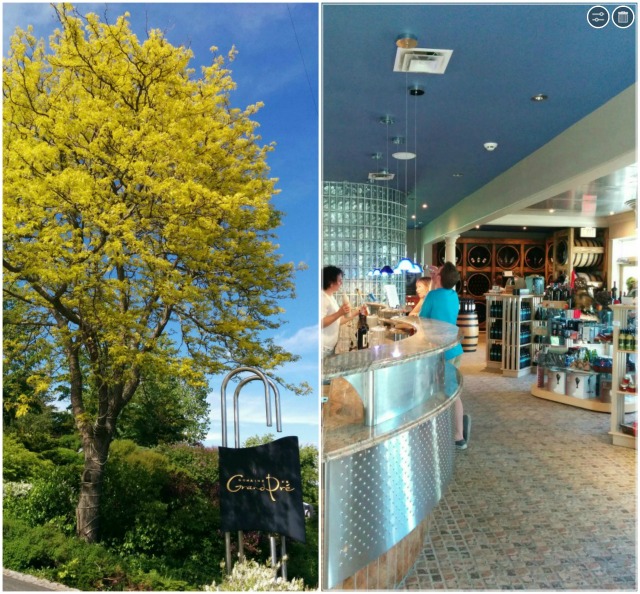 After the games on Saturday we headed to the city center for a bite to eat at Tide and Boar Gastropub.  We arrived at 7:30pm and the place was heaving.  They don’t take reservations unless you’re a party of 10 or more.  The patio had a waiting time longer than 40 minutes so we chose to eat at the bar.  I don’t know about you, but we feel more connected to a place when you’re able to eat and drink at the bar.  The bartenders are generally friendly, give you tips as to what’s good, and generally like to engage their customers.  We also chatted to a few people at the bar as they waited for their table.  The menu had the right number of choices and even narrowing down what to choose was difficult…it all looked so darn good!   Feeling rather ravenous after a long day in the sun, I ordered a side of pork belly bites (in a chipotle maple glaze) and The Burger – the description was just too yummy to bypass.  The pork belly bites were insanely delicious and the burger was just as good! 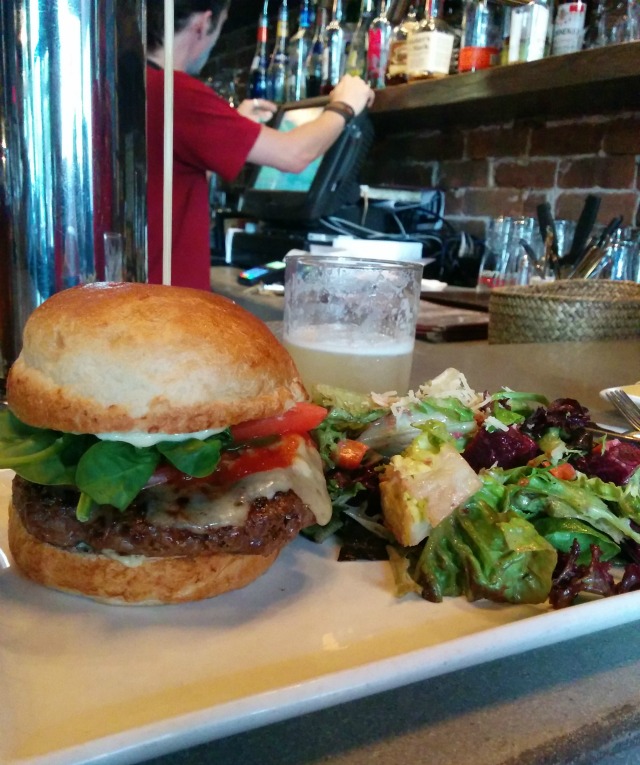 Our drive back home saw us stop in Sackville, NB for breakfast at the Black Duck Cafe.  Thank you Hana for the recommendation.  It’s a gem in a university town and we will definitely stop in again. 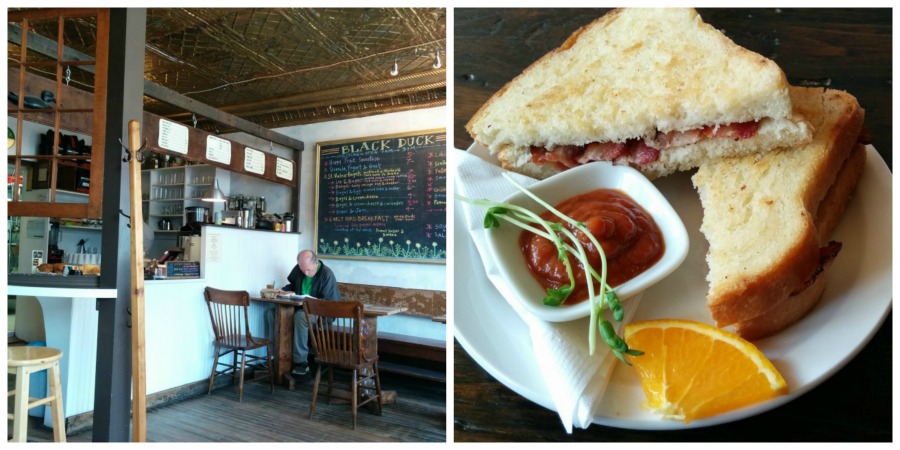 The Culinary Chase’s Note:  For years my husband traveled extensively (it wasn’t unheard of for him to rack up 80,000 to 100,000 miles in a year) so when it came time for a quick get away, he didn’t relish the idea of getting on a plane.  Instead, we would pick a really nice hotel or b&b where we lived and stay there for the weekend.  We could be tourists in our own backyard, discover new places, hidden gems and return home as though we had been ‘away’.  I encourage you to get out and discover, explore what’s hidden in your city or province.  Keep your dollars in the community where you live.  And…enjoy!