Just after 3 p.m. on Sunday, a 911 call was received from two hikers who were determined to be approximately 4 kms in on the Bluff Trail in Timberlea. A 57-year-old woman had fallen and required assistance to walk out of the trail. EHS, Halifax Regional Fire and Emergency, along with Halifax Search and Rescue were called to assist. 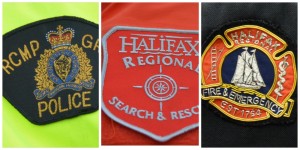 Halifax Search and Rescue volunteers located the two hikers and assisted them back to the entrance of the trail. The hiker was treated by EHS for non-life threatening injuries.

At 3:43 p.m., Halifax District RCMP responded to a 911 call from a hiker who reported they were lost on the Musquodoboit Trailway System. Prior to RCMP arrival, the two women were located and assisted by a group of hikers who were on the trail system. The two women were transported to their vehicle by RCMP members using the RCMP side-by-side vehicle. Although the two ladies were cold, neither were injured.

A third complaint of a missing man was received at 3:43 p.m. A 77-year-old man had walked away from his residence in Beaverbank and care-takers were concerned for his well-being. Halifax Search and Rescue assisted RCMP with this call. Just prior to 6:30 p.m. the man was safely located by a passing motorist who recognized the man.

In situations when hikers or residents run into trouble, the RCMP works with our emergency services partners to locate them and bring them to safety. During two of these incidents on Sunday, 65 volunteers with Halifax Search and Rescue responded to assist with helping those in need.