Last Sunday, I had a visitor from Newfieland! My momma stopped into Halifax en-route to visit my sissy in NYC, and we spent the day strolling around the city; taking in some of the last rays of summer before September hit.
We walked along Spring Garden, did the quintessential summer activity of ice cream in the Public Gardens, and then took in some of the shops down on the Waterfront. Thankfully, the wind down there was blowing in the right direction!
Eventually, we ended up on Argyle St. for a mid-afternoon snack. In my efforts to branch out to new-to-me restos, we decided to plop ourselves down on the Foggy Goggle patio. We ordered some cool white wine and decided to split a couple dishes.
We started with the Seafood Bowl for $14; scallops, salmon, mussels and haddock in a bowl of garlic cream and white wine broth. Though the staff stressed that this isn’t a “seafood chowder”, I’d describe it as a de-constructed seafood chowder. Save for onions and potato, it had all the elements. Though the mussels were pretty puny, the scallops and fish were lovely, cooked just right to remain tender and flaky. 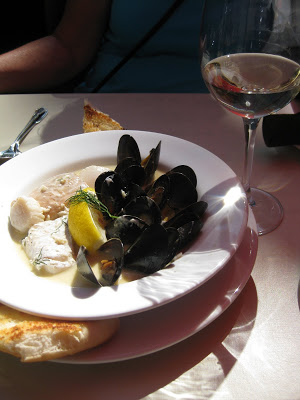 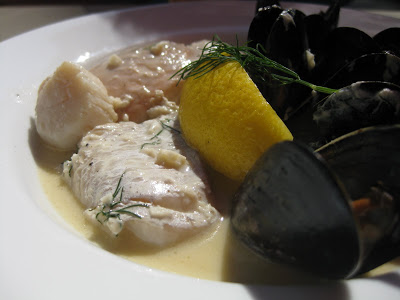 When we finished our seafood bowl, we wanted something cheesy and crunchy- the nacho dip seemed like just the thing! The menu describes this dish as a “Party in your mouth!” It consisted of layers of refried beans, black beans, mixed cheese, red onion, mixed peppers, salsa, cream cheese, jalapenos and lime sour cream. For $12, the dip is served warm with salty oven baked corn tortilla chips. 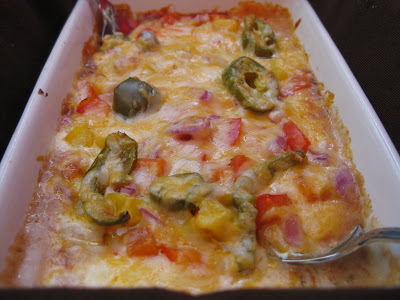 Up close and personal. I’m really diggin’ the close up food shots. Seriously wish that Internet scratch ‘n’ sniff existed, and was not just an object of my fantasy. Womp, womp! Anyhow, the the chips were the best resto tortilla chips that I’ve had in a resto, but the dip itself was a little underwhelming. 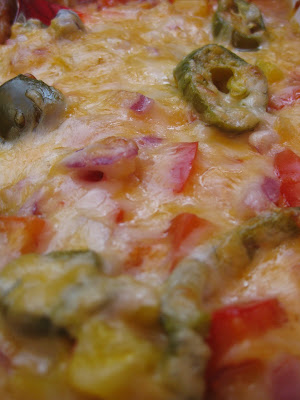 I took a photo of the special board, as it was much easier than writing them all down! I love taking note of spots that have good deals on food an drink. Someday, I’ll do up a list of good food deals in the city…someday. 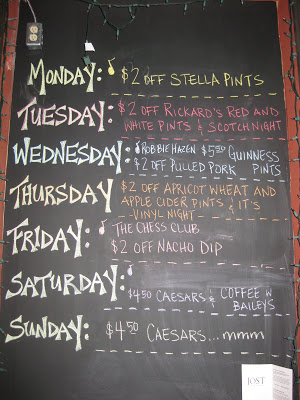