Home / Life / Couchtime With Jill / Friday Night Lights: Money is tight and the end is near 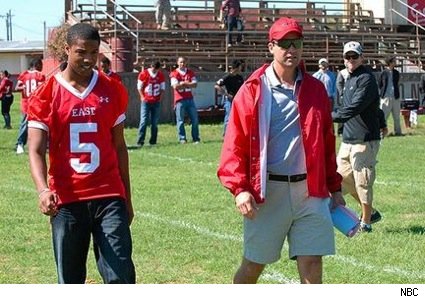 Friday Night Lights: Money is tight and the end is near 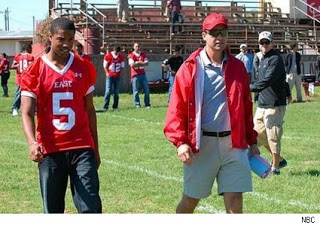 How is it that there are only two more episodes of this show left? How did time go by so fast? Will I ever see Tyra Collette again? (OK, I know the answer to that one – she’s in the promo for next week’s episode!)

Big changes are coming for Dillon, Texas, and this episode revealed two of them. The first? That the East and West Dillon football programs are going to be merged thanks to scarce funding. Will the Panthers stick around, or will the Lions prevail? It’s hard to say. The second big change, of course, is if Coach will take a back seat to Tami for once and move to Pennsylvania for her fancy new job. 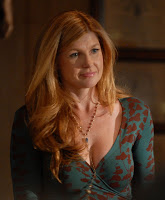 We knew Tami would be seeing some big opportunities coming her way, but that still didn’t take the drama out of her interview for the Assistant Dean of Admissions job with a school in Pennsylvania. At the end of the meeting, they actually offered her the job of Dean of Admissions. Sure, it’s a little unrealistic – everything sure is coming up Taylor in the bad economy. But it needs to be to show that this is the opportunity of a lifetime for Tami. She and the Taylors have spent their lives following Eric around. Will he now follow his wife? I hope he does. I don’t want the show to conclude with Eric Taylor spending the rest of his life in Dillon. I wanted him to take the Florida job a couple weeks ago, and now I want him to find a college job in Pennsylvania.

Vince and his mother had a gripping storyline this week. We watched Vince struggle to help his mom get clean, and now we’re watching them struggle to keep Vince’s dad from screwing that up. Ornette has ridden the line between charming and destructive all season. Is he an overbearing but well-meaning dad, or is he a violent and pushy ex-con who wants to ride his son’s coattails to the good life? I’ve been leaning toward the latter, and if we learned anything this episode it’s that Ornette is not good for his family. Vince and his mom had some great moments this week, and it was so heartwarming to watch him search for and find her in the crowd after winning the game that will take the Lions to State. Usually the “searching for someone in a crowd” scene is a cheesy romantic comedy plot device, but with Vince looking for his mom it felt emotional and raw. 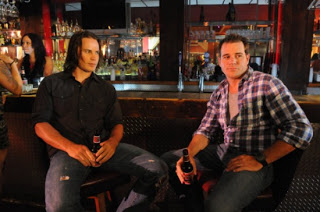 Tim also had a great storyline this week. It breaks my heart to see Tim so dark and depressed, and I want him to forgive Billy but I understand why he can’t. He had so many good scenes this week – his freak-out when he saw Becky waitressing at the strip club, his biting remark to Luke to “use protection this time”, his heartwrenching scene with Mindy and the final image of him alone in the dumpy trailer. I can only hope that the return of Tyra will do something for him. I don’t want the series to end with Tim Riggins alone and drinking beer in a broken-down old trailer. 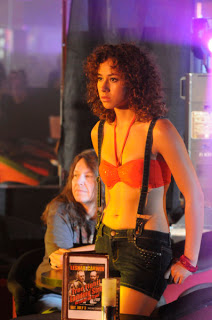 As for Becky, thank god she lost that job at the strip club. It was getting creepier by the second. Besides, I don’t know what’s more wrong – creepy old dudes touching the seventeen year old waitress, or those shorts with those suspenders. I never really wanted Becky with Tim because I think she’s too young for him, but I’ve never really liked her with Luke either. Becky used to see smarter and spunkier, and she lost that somewhere along the way this season. I want her to get that back. Maybe she’ll meet Tyra and some of her chutzpa will rub off on Becky.

I haven’t always been Jess’s biggest fan, but I have always wanted her to be able to pursue her dreams of a career in football. We’ve long known that Jess has a talent for coaching, and to see her finally get some recognition was great.

A couple other things I loved: A shout-out to Smash, who seems to be doing great. Some adorable moments between Coach and Gracie Bell. (I recently read a disturbing message board devoted to how ugly people think Gracie Bell is. Shame on you! She and her giant head are adorable.) The irony of Tim Riggins screaming out in a strip club that the waitress is only a seventeen year old high school junior.

Did you love this episode as much as I did? How excited are you to see Tyra return next week? What the hell do you think is going on with Julie now? What are your hopes for the last two episodes?