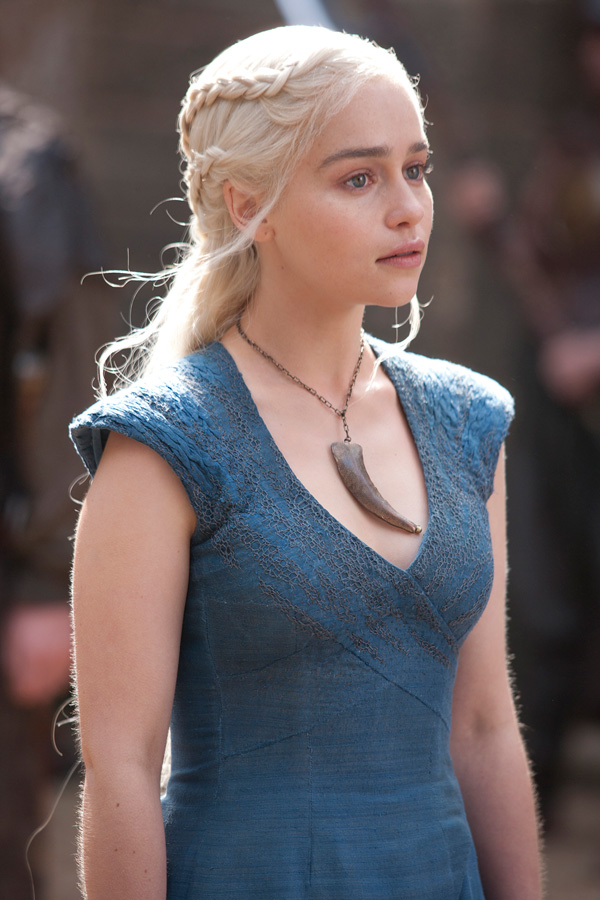 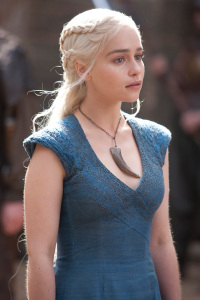 Another Sunday, another night of fantastic TV. As always, Game of Thrones is starting the season out pretty slow. But there were still some exciting moments in tonight’s episode. Click through for a recap, and add your own thoughts in the comments.

Don’t you hate it when someone botches a funeral by not being able to shoot an arrow correctly? I know I do. This week, Catelyn and Robb were in Catelyn’s home town of Riverrun for her father’s funeral. I don’t know much, other than that the war is going badly and Catelyn thinks her daughters are dead. 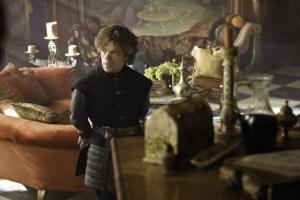 Only Game of Thrones can spend a full two minutes  on people moving chairs about and still be interesting.

Tyrion had a lot of scenes this week, but none of them particularly stood out. He rewarded his squire, Podrick, for saving his life by footing the bill for three prostitutes to take his virginity. But I guess he’s so good at it that they don’t accept the money? Was that what we figured out? 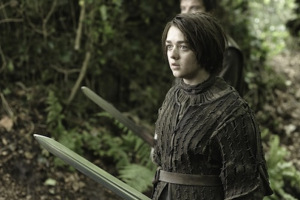 Arya’s chubby friend Hot Pie decided to part ways with her and Gendry so that he could be a baker, but the others moved on.

Not much is happening here yet, which is a shame since Arya is one of my favorite characters. 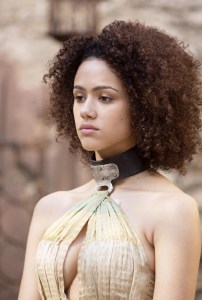 Poor Khaleesi, she thinks she can win back the Iron Throne without shedding any blood of innocents. In exchange for her biggest dragon, Daeny bought 8,000 Unsullied soldiers and Missandrei, the interpreter. (Yep, I looked that name up.) Ser Jorah didn’t seem to agree with the transaction. I like where this storyline is going, but I’m itching for Daeny to take King’s Landing by storm.

Jaime and Brienne were being held captive, and they’ve kind of become buddies – I like it. Jaime prevented the “Brave Companions” criminals from raping and killing Brienne, by telling them that her sapphire-rich father would pay for her safe, “unbesmirched” return. The episode ended on a surprising, gruesome note – the criminals cut off Jaime’s hand. Yikes! I never thought I’d be rooting for Jaime Lannister, but teaming him up with Brienne has made him more likable. That’s the appeal of Game of Thrones – characters change and you’re never sure who to root for.