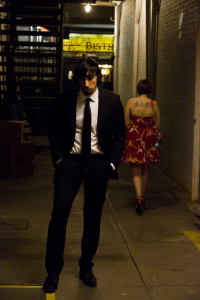 The season three finale of Girls aired last night, concluding what I thought was a very good twelve-episode run for the show. While it had its flaws, I think this was the best season Girls has done so far.

Lena Dunham is really coming into her own as a storyteller and showrunner, and in particular the Hannah/Adam arc was really well done.

Each season of this show has portrayed a different stage of Hannah and Adam’s relationship. This season we saw them mostly happy, in love and stable. I liked seeing their relationship face new, outside challenges – family (like Adam’s sister or Hannah’s dying grandmother) and professional. Hannah found a job that she was good at, and it paid well. But she hated it, and it was leading her off the path she wanted to be on. It’s a conundrum many twenty-somethings face, and it was happening to Hannah just as Adam was finding himself creatively.

Hannah and Adam’s story overshadowed what was going on with the other girls this season, to varying degrees. Marnie got the most material, most of it cringe-inducing. This season Marnie floundered in all aspects of life – her friendships, her career, her romances. She hooked up with a friend’s ex, Ray, and pursued an attached guy to the extreme. But I think what makes Marnie so difficult to watch is that, like it or not, we can all relate to some aspects of her situation. I’ve never been Marnie, but I’ve pursued the wrong guy for a self-esteem boost, I’ve worked jobs that I was overqualified for, and I’ve generally felt like my life sucks more than everyone else I know. 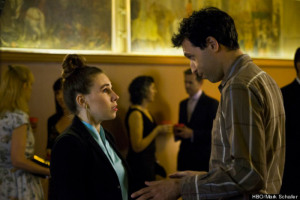 Most of Shoshanna’s antics took place off screen, but we knew she was experiencing a year of liberation following her breakup with Ray. She had some great moments this season – her immature self-involvement really shone through in the road trip episode earlier in the season, but she’s a funny character even when she’s skewing toward the unlikable. In the stellar beach house episode, she was an absolutely truth-bombing dream. And in the finale, she was pure gold – both comedically and dramatically. “At intermission, you are going to buy me some peanut M&Ms and we are going to have a fucking chat.” Her final plea to Ray to take her back was sad and desperate and probably more familiar than any of us would care to admit.

Jessa’s storyline was the most lacking this season, by far. She left rehab, relapsed, and then sobered up in time to almost assist-suicide for a brand new character in the season finale. It was haphazard and underdeveloped, and too disconnected from everyone else in the show. 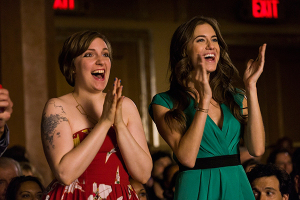 That said, I still felt that it was a fantastic season overall. I really like where things left off. Marnie and Hannah both chose the wrong time to break news to someone. Marnie stupidly cleared her conscience regarding her hookup with Ray when Shosh was obviously still reeling from finding out that her year of partying had cost her graduation. She was pretty smug all season about what big failures her friends are, and then her life came quickly crashing down around her. Marnie was behaving selfishly even in her apology – it was not the right time to break that news.

Hannah found out that she was admitted into a prestigious graduate program, and chose to tell Adam that she might move to Iowa for two years right before his Broadway debut. It was classic, selfish Hannah behavior, and hard to tell whether it was well-intentioned or not. On the one hand, I can see Hannah genuinely thinking that Adam would be nothing but excited for her. On the other hand, I could see her subconsciously using this information to make Adam chase her after he spent most of the season pulling away.

The season ended with Hannah and Adam on shaky ground, but as an individual she was still thrilled to once again have direction in her career. The show sometimes jumps ahead in time, but two years is a lot – I doubt Hannah will move to Iowa. Still, I’m looking forward to finding out what she will do. I’m going to miss Girls until next year.

One last thought: when it was revealed that Elijah was wearing a SHORTS suit, I lost it. Best. EVER.

What did you guys think of this season? How about the finale?