Okay bloggies it’s been wayyy too long since I’ve posted and updated you all on our crazy and amazing whirlwind of a blogger GTG thanksgiving weekend.  I have never in my life experienced anything quite like it.  Not even when I was a student!

In order to try to recap ya’ll the best I can, I am going to cut up some of the events into smaller posts because the marathon posts are killin me! lol

So I left ya’ll hangin’ with the recap of Wednesday’s Lobster boil and Thursday’s Keith’s Brewery Tour & down town good times.  Friday was our big group thanksgiving!

Most of the group spent the day preparing dinner at my house (while I was at work) and they skipped off to Peggy’s Cove where they all had a great time and took some magnificent pictures of our province’s picturesque coastline.  (I may just have to photoshop myself in them!).

I walked in the door when I got home from work to the glorious aroma of what ended up being the absolutely BEST thanksgiving dinner I had EVER tasted! The lobster from the day before was the best I ever tasted too!

Every family has something that is their “must have” signature side and what do you get when you combine them all together???? 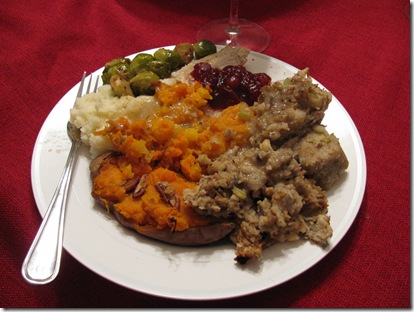 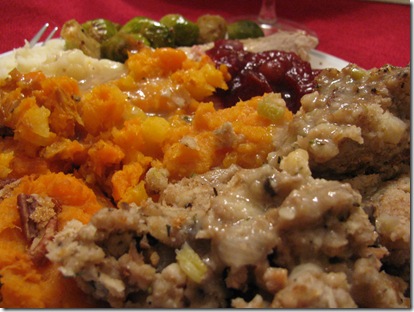 What have I got here? 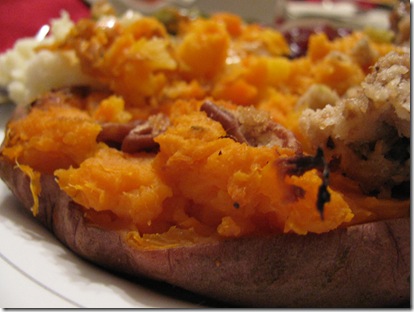 If you can picture 18 people in one place trying to find a place to sit and dive in, here’s a few shots: 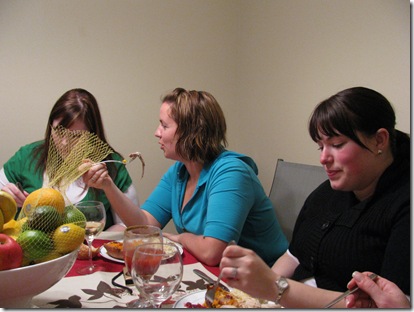 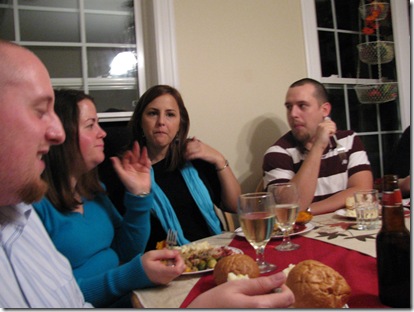 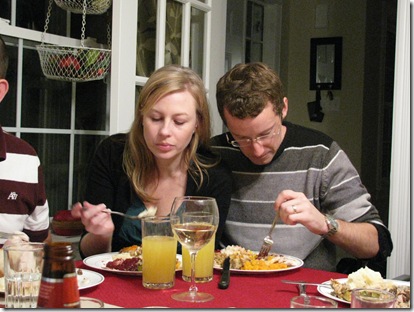 Then there were some drinki-poos, some guitar hero and some serious celebrating because it was then officially the long weekend for me and my bloggie BFFs and the Hubby-bloggers were AT MY HOUSE!  Wheeeeeeeeeeeeeeee!! 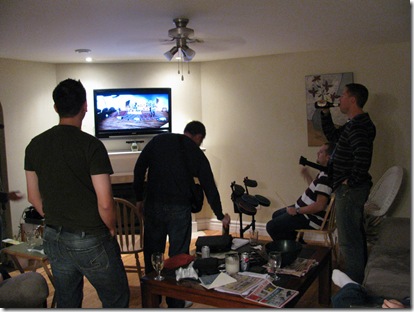 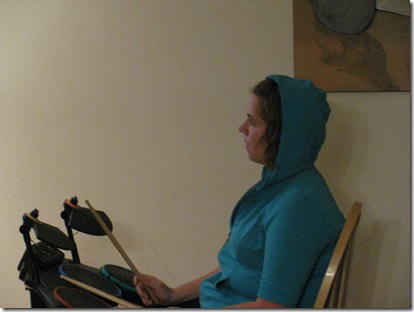 I got a few up close and personal shots of my ladies: 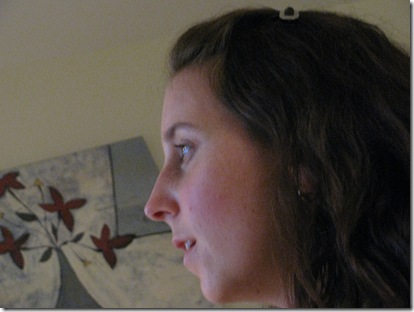 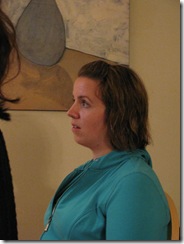 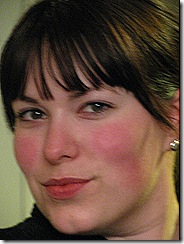 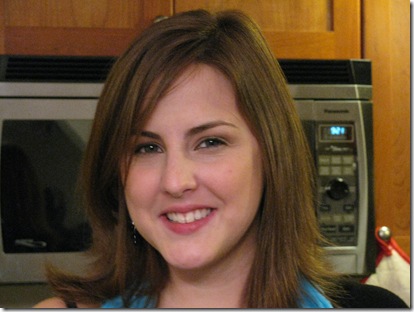 And well, okay there was some craziness, some singing, some dancing and some late night trampoline olympics: 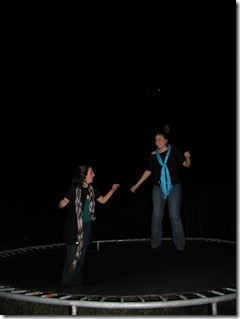 Whoops and down she goes!  Les I hate to break it to ya but I don’t think you’re going to make the Bloggie Olympic Trampoline Team! 😛 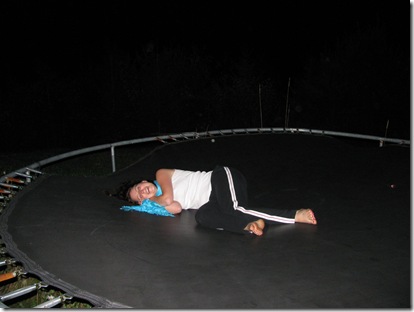 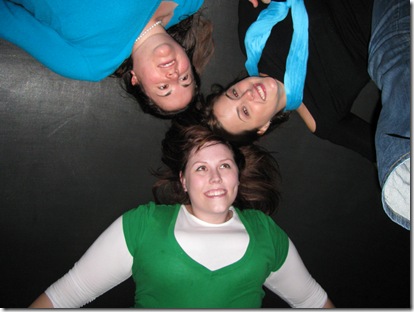 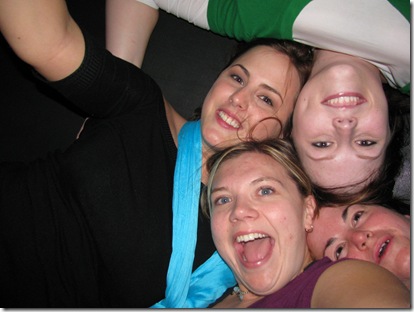 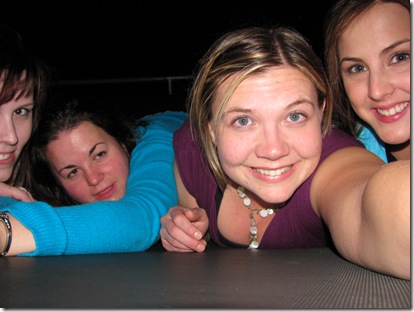 Seriously you guys, it was quite possibly the FUNNEST night I have EVER had!

So that about does it for Friday night!  I’ll spare you the really bad pics that incriminate us all in the healthy living blogosphere! 😉