As it turns out, the answer is two. But on a coach tour of English sites and countryside we threw in one of the Seven Wonders of the UK in the mix just for good measure. So it was that on day two of our vacation that Cokebaby, the in-laws and I set off to visit Windsor Castle, Stonehenge & Bath.

The only other coach tour Cokebaby and I have been on was to Chichen Itza and a cenote while in Mexico. Our guide then was a Mayan man who held a degree in Mayan civilization thus enabling him to provide a great amount of depth and detail to the guided tour of the region.

Our guide in England on the other hand, while well-travelled, provided very little information that we didn’t already know. Perhaps it’s because of our fascination with shows on the National Geographic, History and Discover channels that made what he had to say rather obvious. On top of which, he was so easily distracted that one train of thought would take ages to finish due to pointing out some of the most random things. In fact, it got to the point where his behaviour became the inside joke of our group for the rest of our vacation. 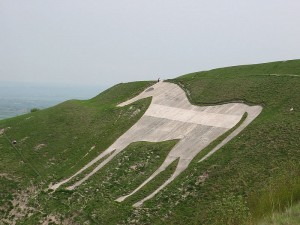 That said, we were pressed for time and the only way we were going to get to Stonehenge (which we missed on our last trip to London) was to take the tour or go through the hassle of renting a car for a day. And so, here’s what we squeezed into one day what rightfully should have been spread out into several. 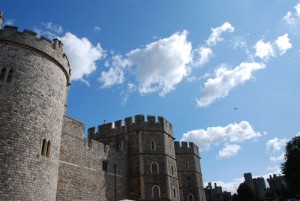 A view from street level

Being on a day trip that involved three major historic sites, we should have expected what would amount to a whirlwind tour. In fact, we had just enough time to see what we had come for at Windsor Castle. We were given a walking tour of the grounds before we were allowed about an hour to do as we pleased.

Of course, the main feature was the the State apartments which took up the bulk of our time. We also had the option of visiting Queen Mary’s doll house which was absolutely worth the short distraction. However, by the time we had done these two things alone, we had a choice of either watching the changing of the guards or visiting St. George’s Chapel.

We went with the latter while the in-laws toured the gift shop. And we almost literally had to run through the chapel to try and capture it all within the limited time frame. Of course, by the time we got back on the coach there was one person who was AWOL and delayed the tour by about 10 minutes anyway.

One thing to note: what I’ve learned from the past 10 years of travel is that when you’re in an old building remember to look up. You’ll often be surprised by what you see. The ceilings can be as elaborately decorated, if not more so, than the walls or artwork. Unfortunately, we weren’t permitted to take photos in any of the buildings. So, I guess you’ll just have to see for yourself. 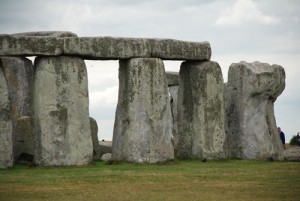 A view from as close as we could get

The next stop on our itinerary was our first UNESCO World Heritage site of the day. Words simply can’t describe Stonehenge. It’s a marvel of human invention that predates the pyramids in Egypt.

Here, we were actually given just the right amount of time to explore the site from all angles. It’s cordoned off to prevent tourists from actually interacting with the stones but it’s an amazing sight to behold nonetheless.

We were fortunate enough to have a sunny day because despite the good weather the henge is located on a plain that carries incredibly cool winds. If you’re visiting in the future, just remember to pack an extra layer.

After being herded back onto the coach, we took an hour long lunch stop at a pub en route to our next destination.

The beautiful city of Bath happens to also be a UNESCO World Heritage Centre due to its rich history. There’s a cobblestone shopping district and streets filled with beautiful architecture, below all of which lies an ancient Roman spa city. Our meeting point was in a square outside the abbey where there were some modern sculptures reminiscent of The Wicker Man and druidism. Here, we caught some buskers playing haunting Celtic-sounding tunes on hang drums. It all made for an interesting juxtaposition of old and new, religion and paganism. 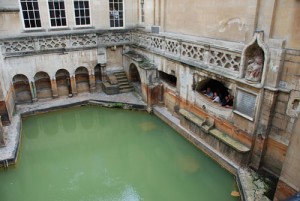 View from the Pump Rooms

At the Roman baths we were given a partially guided tour by…a Roman legionaire. (Insert eye-roll here). And, yes, it was as kitschy as you imagine. After his little monologue we were given audiophones which could be used on a self-guided tour throughout the rest of the site. Unfortunately, we were unable to listen to half of what was available due to time constraints.

The one amusing thing we learned about was the use of curse tablets: the equivalent of voodoo dolls for Roman civilization. Theft, particularly of clothing, was rampant at the Roman baths. Essentially, victims of theft would ask the gods to do harm to the person who wronged them. Often the tone of the tablets were excessive and out of proportion to the crime. But I suppose those were different times. They were from a culture that made gladiatorial combat a form of entertainment after all.

I would absolutely consider returning to Bath if we were to stay in the English countryside at some point. However, I’d have to seriously consider whether I’d do another coach tour. For anyone interested in a cursory glimpse at historic sites or points of interest, it may be the way to go but for Cokebaby and I who have a deeper interest in history and culture it only whet our appetite for more.

Next up: Greenwich and the elusive Royal Observatory.

Until then, I leave you with this: 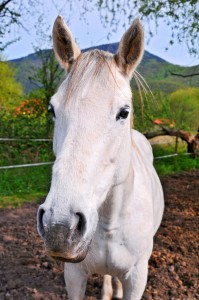 How many World Heritage sites can a person fit into one day?
https://haligonia.ca/how-many-world-heritage-sites-can-a-person-fit-into-one-day-4254/