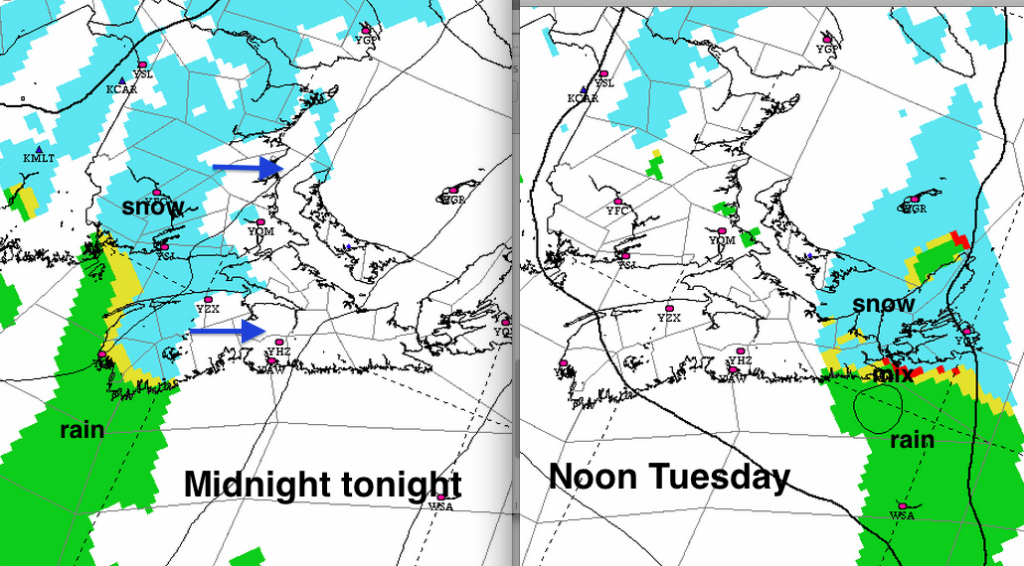 Many communities in Nova Scotia received 15 to 25cm of fresh snow on Saturday night; so folks are hoping for some signs of Spring.

Since the waters surrounding the Maritimes are ice covered or cold, and the land is covered by deep snow, stretches of fine weather may be unlikely for awhile yet.  The week ahead will be rather unsettled, with several systems affecting us, and temperatures bouncing below and above the melting point. 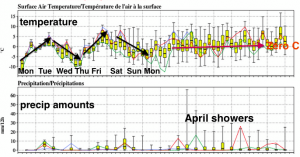 The last system of March will be a trough of low pressure swinging across the Maritimes tonight and Tuesday.  The trough is forecast to develop into a low pressure system as it moves east, which would increase precipitation amounts over eastern Nova Scotia (and maybe eastern PEI). 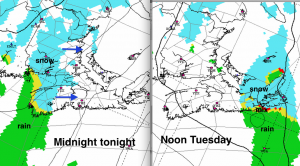 Expect light snowfalls (2 to 5cm), with some mixed precipitation possible along the Atlantic Coast.  Over eastern Nova Scotia, there may be higher snowfalls.  While 5 to 10cm is forecast,  prepare for the possibility of 15cm in some areas.  Depending on the timing of this event, there may be some impact on morning drives on Tuesday. Treated surfaces should be fine in areas receiving only light snow. 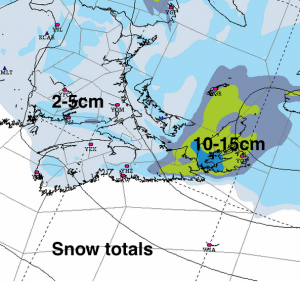 We hope Mother Nature doesn’t fool us on Wednesday, as a low pressure system passing to the south of Nova Scotia is not expected to have much impact.  However, our track record is not good, so stay tuned to updated forecasts.

On Friday, mild air and rain or rainshowers will be developing, that will persist into Saturday.  Once again, folks should pay attention to detailed amounts as we close out the week; any heavy rain may lead to flood advisories or warnings.