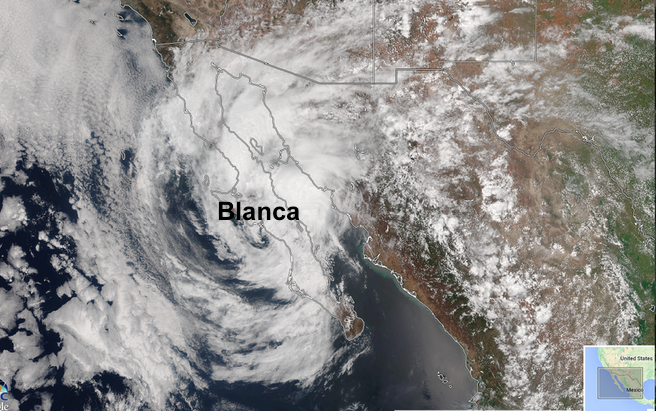 As the remnants of Hurricane Blanca brings moisture to the far away Baja region of Mexico, it might introduce some uncertainty into the weekend forecast for the Maritime Provinces. 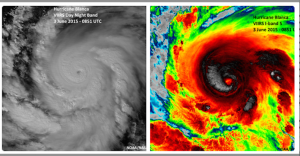 This storm actually was a major hurricane over the east Pacific Ocean, but has weakened considerably as it made landfall.

If we track the moisture as it crosses the continent, it reaches the East Coast on the weekend (click on image to enlarge)

While the computer models are forecasting a bit of rain as the moisture passes near the region on the weekend, 2 out of 40 models suggest that heavier rain (25+mm) is a possibility. 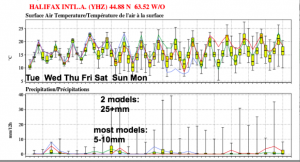 A tropical cyclone is much bigger than a butterfly  While these systems are relatively small on a global scale, they introduce uncertainty into medium range forecasts as their energy propagates around the Earth.

Nova Scotia might see at least a brief taste of this leftover tropical moisture/energy sometime on the weekend.