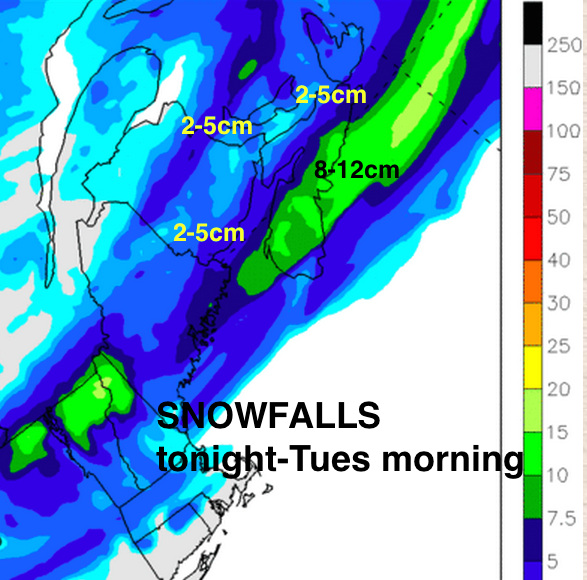 Unfortunately, the colder than normal air mass continues to dominate the weather pattern.  For the next few days, the Maritimes will remain between a high pressure area to our Northeast and a series of disturbances passing to our southwest. 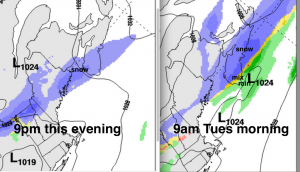 Today: After a fine and very chilly start this morning, cloud will thicken up from the southwest and snow will begin over southwestern sections this evening.  While the snow will change to rain over extreme SW Nova Scotia, the snow will persist through the night and during the morning on Tuesday; mostly over mainland Nova Scotia.  Halifax finds itself in the middle of this snowband, so it’s most likely to get more than 10cm.  Therefore, the morning drive on Tuesday may be quite messy in Halifax. 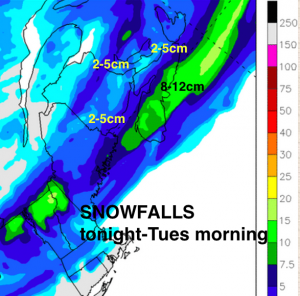 On Wednesday night, once again a system is threatening to clip southwestern sections of the Maritimes with some snow. 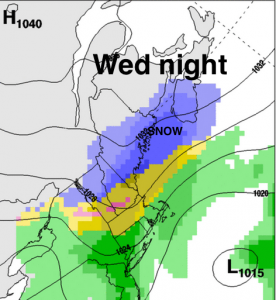 As the workweek closes, a more developed system will spread precipitation over all three provinces on Friday.  At this point, rain most likely to start in SW Nova Scotia; snow over northern New Brunswick, and a mix in between.  I expect most areas will eventually change to rain Friday with Northern New Brunswick likely remaining in a mixed precipitation mess if this scenario develops as forecast. 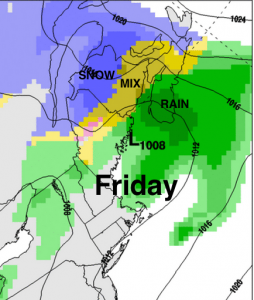