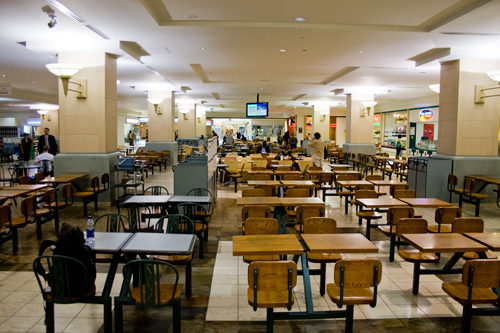 PG's food stand in Scotia Square Mall has been a staple in the food court for 21 years, but now proprietors Eva and George Sayde have been told they have until November 30 to vacate their spot.

According to Metro Halifax, management group Crombie REIT sent a letter to the Sayde's back in April stating that they were being evicted from their spot in the food court to make way for a Tim Hortons expansion. The coffee franchise was also asked to move from it's current location in the mall to accommodate the construction of a new entrance.

Six hundred loyal customers of PG's have signed a petition to Crombie REIT about the unfairness of the eviction, with one side-bar quote in the Metro saying that you can get Tim Hortons anywhere but "there's only one PG's". The Sayde's say they are standing their ground and have no plans to adhere to the notice, but are unsure as to what might happen if they resist.