There are so many differences between having a child in today’s world vs. when our parents had us.  For instance, when I was born, breastfeeding was not nearly as common as formula feeding.  I was formula fed.  It was more common for mothers to smoke while they were pregnant and so did my mother.  I am allergic to cigarette smoke and cannot even STAND to be near it and I bet that is why!  She also told me that she always craved Kraft Dinner and bread.  I was a kid who practically grew up on the stuff, but that all changed when I changed my eating habits!  But low and behold, guess what I was craving?  Like mother like daughter?

Today we have so much more information available to us then our mothers did and that doesn’t even matter how hold you are reading this.  I have books that tell me each day what is happening in my baby’s development.  For instance, today I am exactly 15 weeks pregnant!  According to Babycentre.com:

How your baby’s growing:
Your growing baby now measures about 4 inches long, crown to rump, and weighs in at about 2 1/2 ounces (about the size of an apple). She’s busy moving amniotic fluid through her nose and upper respiratory tract, which helps the primitive air sacs in her lungs begin to develop. Her legs are growing longer than her arms now, and she can move all of her joints and limbs. Although her eyelids are still fused shut, she can sense light. If you shine a flashlight at your tummy, for instance, she’s likely to move away from the beam. There’s not much for your baby to taste at this point, but she is forming taste buds. Finally, if you have an ultrasound this week, you may be able to find out whether your baby’s a boy or a girl! (Don’t be too disappointed if it remains a mystery, though. Nailing down your baby’s sex depends on the clarity of the picture and on your baby’s position. He or she may be modestly curled up or turned in such a way as to "hide the goods.") 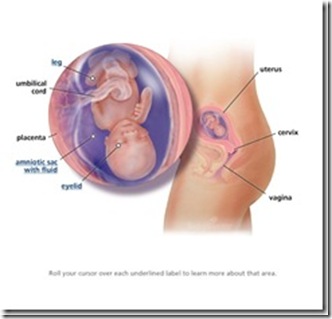 According to The Pregnancy Journal, it says,

During this entire week, the baby grows rapidly, with growth setting the stage for development later this month.  Your baby’s weight will increase six times during this fourth month of pregnancy.  Even then, the baby will only weigh 6 ounces, not even half a pound.

You probably will feel tired and sometimes out of energy.  That’s normal.  Plenty of rest, good nutrition, and exercise should make you feel better.  Exercise doesn’t have to include a full workout – 5 – 10 minutes of walking, stretching, yoga, or other activity can be renewing.

How amazing is it that we can know that?!  All of this is a way for me to segway my baby’s 15 week “development birthday” with an updated “today’s” version of “Kraft Dinner” which I was craving just like my mom did when she was pregnant with me, only today we have much healthier versions available to us than the artificial stuff.  I put my faith in Amy who on more than one occasion has enjoyed Annie’s Mac & Cheese and added my favourite addition to any mac & cheese, broccoli and decided to go as “close” to the Kraft Dinner experience as possible and tried this one: 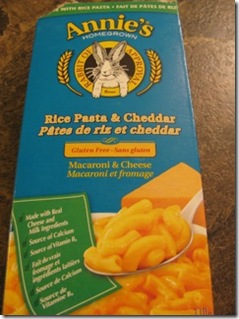 But how can you feel bad when you know this about the product?

And when you add pretty much the healthiest vegetable in the world with some lean boneless skinless chicken cubed and cooked, you get a pretty healthy result! 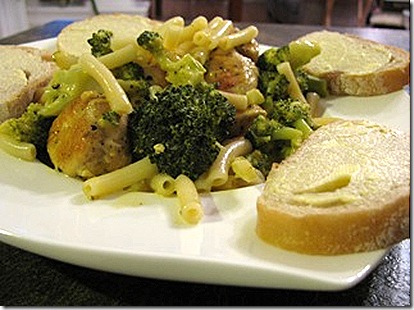 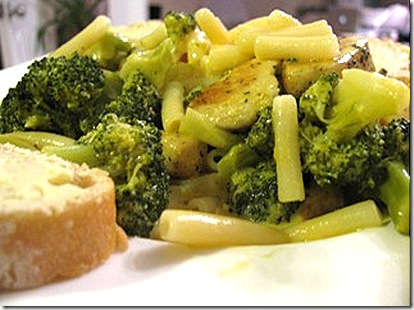 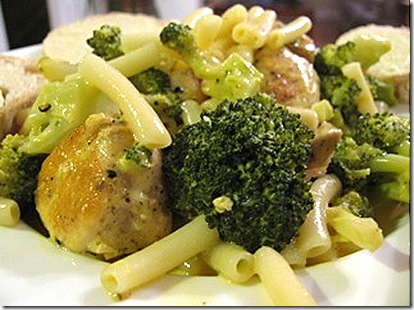 It was very very good!   The rice pasta actually had the same texture as regular KD noodles.  Well, I haven’t actually had KD in about 6 years, so to my recollection it was a great substitution!  My only complaint is that it the cheese flavour is a little on the bland side doesn’t stand out like the flavour would with regular Kraft Dinner so next time I will add less than the 1/4c of milk that they suggest.  That’s most likely to do with that it doesn’t have added artificial flavours.  So I grated up some real cheddar and threw that in there too with some salt and pepper and I was a very happy preggo with a craving conquered and felt great about it too 🙂

Mac & Cheese – The Next Generation
https://haligonia.ca/mac-a-cheese-the-next-generation-11751/