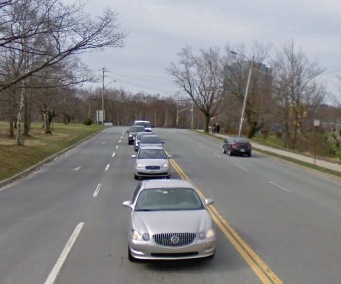 A busy night for Police as they dealt with two gun related incidents and a serious accident.

View Larger Map
At 11:45 p.m. the Halifax Regional Police were called to the Dartmouth General Hospital for a report that a 22 year old male was there and was suffering from a gunshot wound to his foot.  The victim was  uncooperative with police and would not provide any details about the incident.   He was taken to the QEII Hospital for further treatment for his injuries which are considered non life threatening.  At this time it is non known where the incident may have taken place.  The General Investigation Section is investigating the shooting.

View Larger Map
At 11:20 p.m. East Quick Response and Patrol members stopped a vehicle in Highfield Park in Dartmouth.  The three occupants of the vehicle were searched and one of the occupants, a 20 year old male,  was found to be in possession of a sawed off shotgun and ammunition.  He was taken into custody without incident. He will be held into custody and will appear in court later today facing a variety of weapons related charges.

View Larger Map
At 1:30 a.m.  The Halifax Regional Police stopped an vehicle at the Tolls of the MacDonald Bridge.  As officers approached the vehicle, the driver sped off.  The vehicle was located a short time later at the top of Nantucket Ave. up against a tree.  The vehicle was extensively damaged.  The driver, a 22 year old female was extracted from the vehicle by EHS and Fire.  She was taken to the QEII Hospital for her injuries, which appear serious.  Accident Investigation will be looking into the cause of the accident.  It is believed that alcohol may have been a contributing factor.  The road will be closed for some time while the investigation continues.