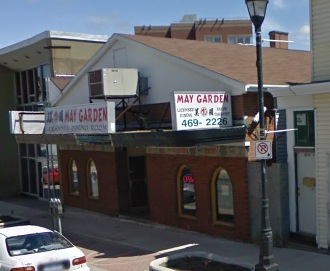 A man is facing charges after a failed attempt to rob a restaurant in Downtown Dartmouth.

View Larger Map
At 9:09 pm a man entered the restaurant, asked the staff to make change. The man then went around the counter, pushed a staff member aside and told her that she was being robbed and demanding she open the cash register. The staff member ran out back for assistance noting the accused attempting to access the cash register which he could not. The accused then fled the scene empty handed on foot and was arrested a short distance away by an East patrol unit. No injuries resulted.

An adult male is in custody and will be appearing in Dartmouth Provincial Court later today charged with robbery.

Man attempts to hold up May Garden Resto
https://haligonia.ca/man-attempts-to-hold-up-may-garden-resto-11776/