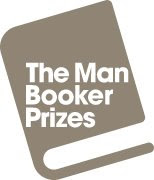 Wow, book awards season is starting to feel like baseball or hockey season: how is it possible that nominees for fall book awards are already being announced?!

The Man Booker announced its longlist on Tuesday. The Man Booker is an annual fiction prize for literature written in English by an author from a Commonwealth nation or the Republic of Ireland.

I dunno, I’m a bit skeptical of this new longlist tradition, which a lot of the awards started doing a few years back. Is the shortlist really not enough? Will we soon be getting the “books we’re thinking about considering” list a few months before the longlist? Maybe I should just be happy for the authors who are getting a bit of extra recognition and thankful for the work the judges put into compiling this list of great contemporary fiction.

Here’s the list (with links to the catalogue where the library already has the title. If we don’t
have it yet, we will soon!):

Brooklyn by Colm Toibin
The Children’s Book by A.S. Byatt
The Glass Room by Simon Mawer
Heliopolis by James Scudamore

Me Cheeta by James Lever
Not Untrue and Not Unkind by Ed O’Loughlin
The Quickening Maze by Adam Foulds
Summertime by J.M. Coetze
The Wilderness by Samantha Harvey
Wolf Hall by Hilary Mantel
The winner of the Man Booker Prize 2009 will be announced on 6 October 2009