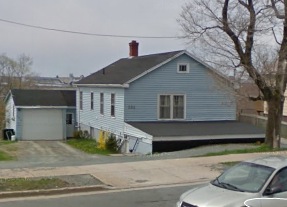 Two men are at the QE2 with serious injuries after separate incidents last night.


View Larger Map
At 1930 hours, police responded to the 1100 block of Tower Rd in relation to an injured party.  Upon arrival officers found an 18 year old male bleeding from the head. The victim was transported to the hospital via EHS with serious head injuries.  The victim reports that he engaged in a consensual fight with a person whom he knows and that he was injured as a result of this fight.  He remains in hospital as of the time of this report with serious but not life threatening injuries.

View Larger Map
At 2018 hours police were called to 532 Pleasant Street in relation to a shooting.  Upon arrival, officers found a 50 year old male suffering from a single wound to his chest.   He was transported to the hospital via EHS with non life threatening injuries. It appears that three suspects attempted to force open the victim’s door and when they were prevented, one of the suspects fired a single round through the door striking the victim in the chest region.    The victim would not co operate with police and a warrant was executed at his apartment to process the scene.  Once inside, police found a quantity of marihuana and drug paraphernalia   The scene is being held for the Forensic Identification Unit to return in the morning to continue processing the scene.  This was not a random incident.