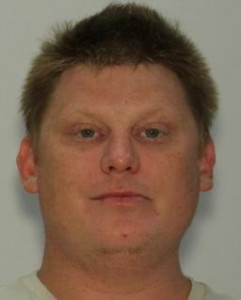 Colchester District RCMP has obtained a warrant for the arrest of a man who has been charged with several offences recently in Colchester County.

Shane Eldon Chapman,​ 34, of North River, is charged with:

Chapman is described as a​ white male, 5-foot-7 and 185 pounds, and has blonde hair​ and blue eyes. The charges are in relation to two-vehicle​ collision that resulted in Chapman being arrested and charged for impaired operation of a conveyance.​ Chapman failed to attend his scheduled court appearance and a bench warrant was issued by Truro Provincial Court.​ Police have not been able to locate him, and are requesting assistance from the public.

Members of the public are asked to​ not approach Chapman if he is located, and call police.​ Colchester District RCMP are asking anyone with information on the whereabouts of Shane Chapman to contact them in Bible Hill at 902-893-6820. Should you wish to remain anonymous call Nova Scotia Crime Stoppers toll free at 1-800-222-TIPS (8477), submit a secure web tip at www.crimestoppers.ns.ca, or use the P3 Tips App.