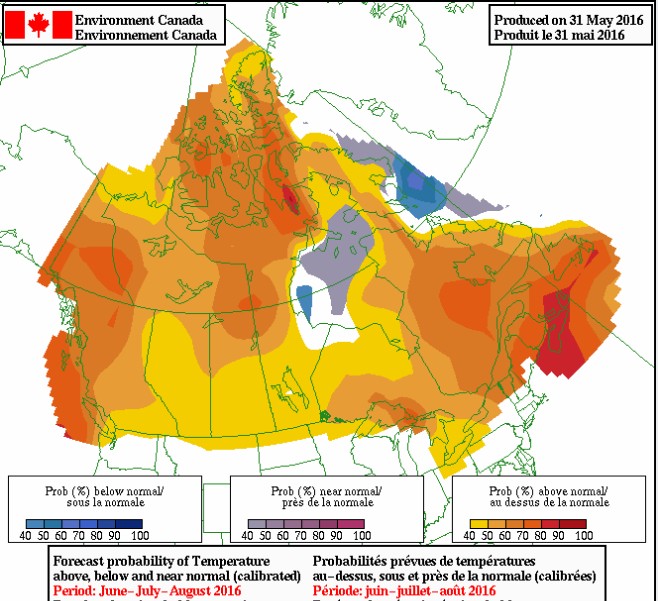 Temperatures in the month of May ended up near normal across the Maritimes.  However, in general, the month started rather cool, but ended on a warm note.  Overall, the month was dry, with parts of New Brunswick only about half of the normal precipitation. 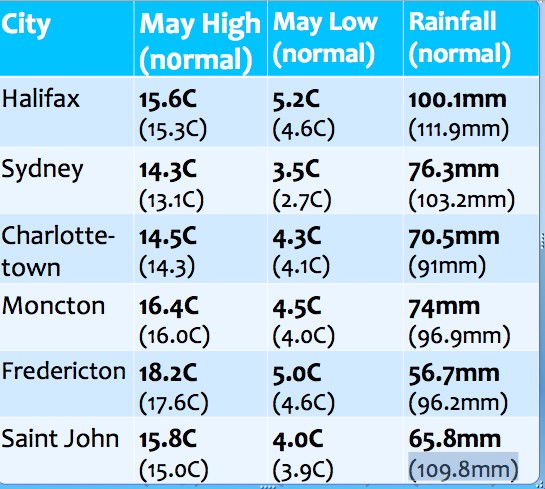 As we move into summer, folks are wondering what to expect.  Seasonal forecasts are not very accurate.  However, 2016 is starting as the warmest year on record for the Earth… even warmer than 2015, which was the previous warmest year since 1880.  Climate change is definitely contributing to this signal.  The Environment Canada 3 month forecast was issued this morning, with wamer than normal temperatures likely on average for the Maritimes this summer.

As the warm tropical Pacific El Nino has weakened, there is a suggestion that the cooler waters of La Nina may develop late in the summer. 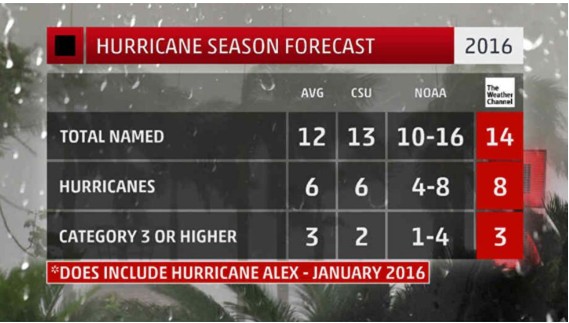 So, while the first couple of days will feel like fall, it does appear we will have a decent summer.  When temperatures warm up, we will be more prone to thunder, lightning and heavy rain.  Furthermore, the warming ocean temperatures will allow hurricanes to maintain some strength if and when they enter our waters.

Stay Safe this summer and enjoy

May Was Dry; Started Cool And Ended Warm: Now What About Summer?
https://haligonia.ca/may-was-dry-started-cool-and-ended-warm-now-what-about-summer-146980/