To many Haligonians, McNabs Island represents the military history of our city. Those who visit the island follow long dirt paths from one historic fort to another. But what many of us might not realize is that McNabs Island was once home to Canada’s self-proclaimed “Largest and Cleanest Carnival Midway,” owned and operated by none other than Bill Lynch:

The man who would go on to own and operate Canada’s biggest carnival in the 1940s. 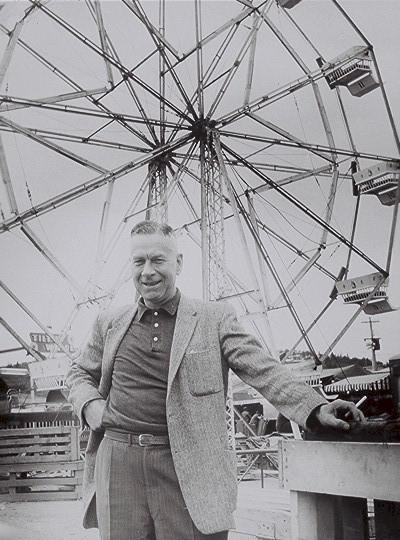 The man, the myth, the legend himself.

Before Bill Lynch became famous for his carnivals  — that were eventually brought to the mainland in 1925 — he learned about the industry by working for one of the two pleasure grounds that occupied MacNabs around the year 1900.

Bill’s father, Matthew, was a lightkeeper on the island from 1902-1932, and at one time (many years later), the only 3 houses on the island were all owned by the Lynch family. 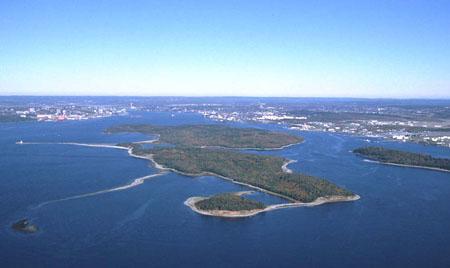 McNabs was home to a steam-powered carousel and a ferris wheel, among other rides and attractions. The island would host thousands of visitors every summer, arriving in boats by the dozens.

As a couple of Halifax history geeks who have recently canoed out to the island (start from Eastern Passage, it’s way easier), we can’t imagine how amazing it would be to experience McNabs as the playful utopia it was in the early 1900s.