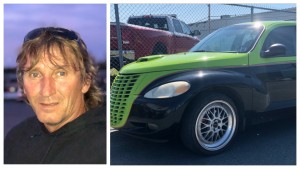 Update :  The man who was reported missing yesterday from Cole Harbour has been located.

The RCMP would like to thank the public for their assistance, and shares and retweets on social media

Cole Harbour RCMP is asking for the public to help them find Paul Horsnell. 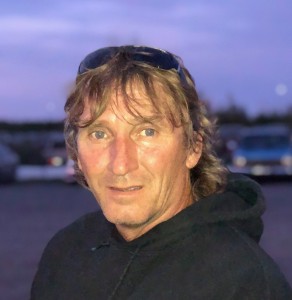 Horsnell was seen leaving a home on Hugh Allen Dr. in Cole Harbour at 9 a.m. today in his vehicle and was later spotted heading northbound on Hwy 118. Police and Horsnell’s family are concerned for his well-being. 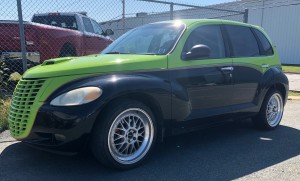 While a clothing description is not available, Paul Horsnell usually wears dark pants and a dark coloured vest, with a bright coloured t-shirt underneath.
He is white, 6-feet and 176 pounds, and has brown hair and blue eyes. He may be driving his PT Cruiser, which is very distinct with lime green paint on top and black on the bottom. The licence plate is NS FZM 323.
Anyone with information on Paul Horsnell’s whereabouts is asked to contact Halifax District RCMP at 902-490-5020. Should you wish to remain anonymous call Nova Scotia Crime Stoppers toll free at 1-800-222-TIPS (8477), submit a secure web tip at www.crimestoppers.ns.ca, or use the P3 Tips App.