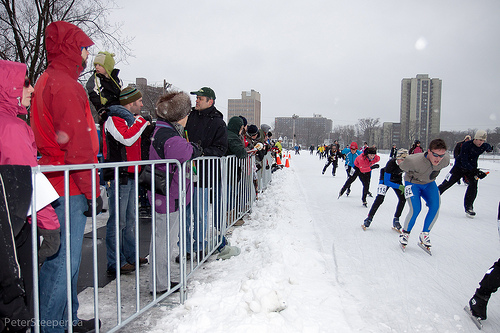 It appears that the Halifax skating oval will not be named after Molson Coors. The alcohol distributor had offered the city $400,000 in sponsorship funds to help support its chance at the naming rights, but that bid was rejected in council last week.

A CTV Atlantic article states that Mayor Peter Kelly confirmed on Thursday that the municipal government had rejected the offer from Molson-Coors, though councilors could not speak about the details of the discussion due to council rules.

However, Councilor Gloria McCluskey is quoted in the article as saying:"I'm very much against, because of the studies that have been done and because of the statistics showing that alcohol advertising has a big affect on when youth start drinking."

Supporters with Friends Of The Oval are critical of the city's decision to pull the plug on Molson Coors stating that they went to a lot of effort to court the brewing giant and point out that other city-funded events such as the Christmas tree lighting at Parade Square, continue to be funded by alcohol companies.

Though the official moniker for the skating oval still hasn't been announced, Molson Coors is one funder whose name can be crossed off the list.

Molson Out Of The Running In Naming Of Oval
https://haligonia.ca/molson-out-of-the-running-in-naming-of-oval-49677/