I’m kind of particular. I’m that person in our marriage who knows how to load the dishwasher (the right way), for instance. But over the last seven years of being married and then being a co-parent, I’ve learned how important it is to not be picky.

My husband is the tidy-freak. He hates clutter. He wants to constantly purge our stuff (but he also likes to buy as soon as he wants something (again).) I am the clean-freak. There’s a difference, definitely. I want the floor swept, the counters wiped down. I don’t mind organized chaos – conscious piles of things (“clutter”?) that have a rhyme and a reason, though I’m probably the only person who understands what it is. It took us a while – like a few years – to realize that this clash in cleanliness could actually be a point of strength instead of contention. Instead of arguing about the dishwasher and the counters and the beard hair around the bathroom sink, I should be grateful that my husband is keeping our house from looking like a hoarder’s house, full of piles.

Of course, we had to go through that clash of personalities again when we became parents. I always joke that dads do something wrong the first time so that they’ll never be asked to do it again. But that’s not really it, is it? Dads and moms – or any two individual people, really – will undoubtedly have different styles and both need time and practice to learn how to do each parenting task. Just because my husband didn’t pull out the leg skirts or point the you-know-what in the right direction the first time around doesn’t mean I should have pulled him from newborn diaper duty forever… but that seems to be what I did. And that’s probably on me, and my first months of motherhood immaturity.

It is hard though, when Mom is used to be the primary caregiver, to give the reigns over to Dad. Everything will happen differently. It is undeniable. But that isn’t bad. Having two different people raising children together means that the kids get a range of personalities and parenting styles. This is a good thing. Can you imagine if my kids had a clone of me raising them beside me? They would not have all of the fun dad goofiness that Dan brings and they’d have two parents with the exact same level of patience (or lack thereof). My kids definitely would be worse off.

Accepting that your partner is different isn’t always easy. It means picking battles sometimes. It means ignoring pet-peeves. And yes, it means taming that rolling eye (I’m still working on this). But the household, the kids, and the entire family are better off having two different people with two different personalities leading the helm.

I must say I get a little crazy particular when we go to get frozen yogurt. The first time I ever went, I got all the things that looked good to me and it wasn’t that awesome. The next time I went, I realized how amazing the perfect combination of flavours can be. I decide my toppings based on my yogurt flavour. And I tend to choose sweet but light flavour yogurts with fruitier toppings.

Meanwhile my children? Want ALL THE THINGS.

We went to Menchie’s on Barrington Street earlier this week. We’re in the middle of CRAZY VACATION PREP! and I thought we needed a little treat after walking to the Passport Office to pick up (the cutest ever) little boy passports. I helped my kids get their creations first, and I found myself saying “But that won’t taste good together!” a lot. Juicy watermelon sorbet, raspberry lemonade sorbet AND nutella? Are you sure? Not nutella? Red velvet cake? Well… okay(?). (Also, why do they insist on putting gummies on their froyo and then complain when they get hard? I tell them it will happen every time!) 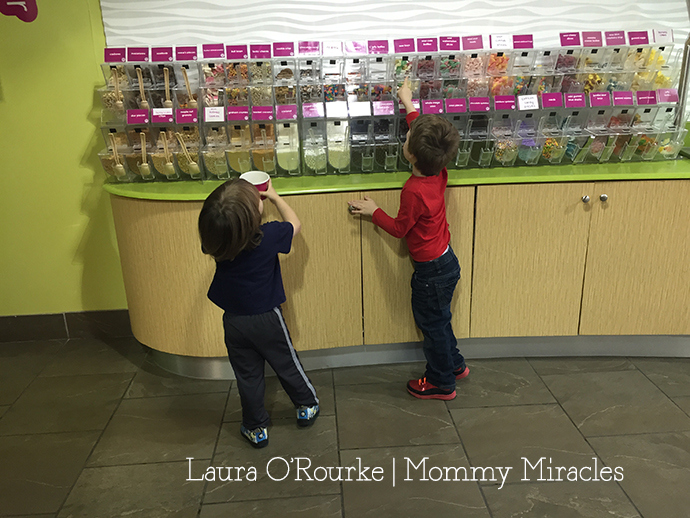 But that’s the thing about Menchie’s. I don’t really need to freak out about what my kids want to eat. That’s exactly why they love it there. They can be creative with their flavours and eat treats that they might not always get to eat. And that’s okay. Cameron can have his mostly-fruity yogurt covered in gummies and topped with strawberry sauce. Gavin and have his mostly-chocolate yogurt covered with chocolates and topped with chocolate sauce. It is theirs. Their preferences. Their creation. And that makes them smile. 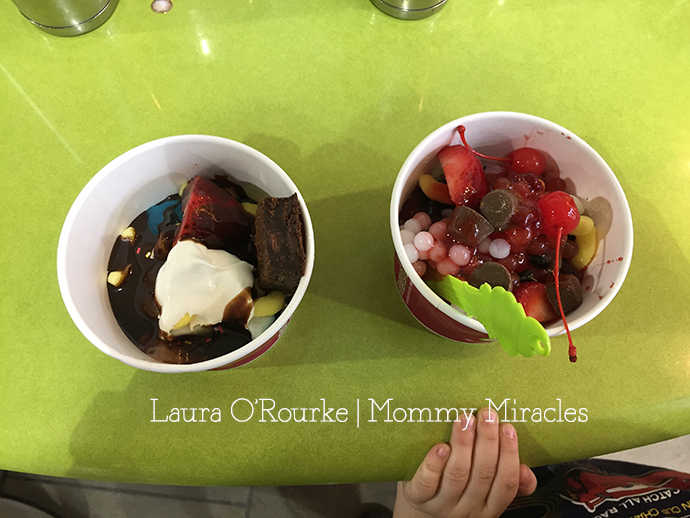 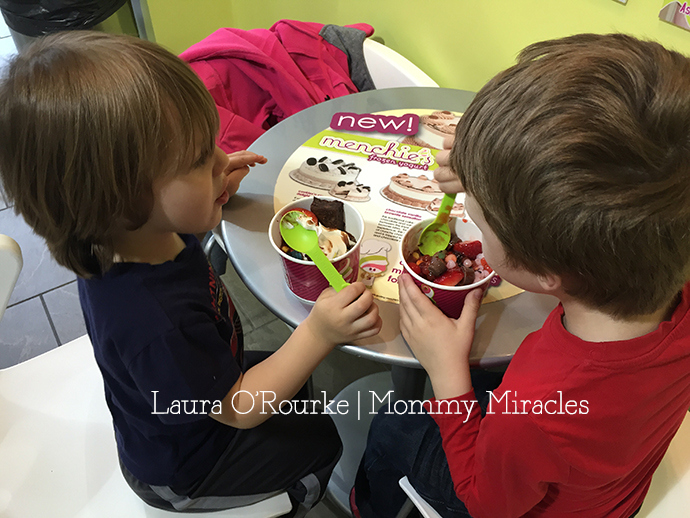 As for me? Ever since I first tried froyo at a Menchie’s in Markham long before Halifax had even been hit with the froyo bug, I’ve wanted to try the green tea frozen yogurt. And on this trip, Menchie’s had it flowing again! I topped my green tea froyo with coconut, yogurt chips, butterscotch chips, honeydew mochi, strawberry boba and yogurt boba. It was a great combo and it was exactly what I wanted. I was in a place where I could be picky and particular. Because apparently, I can be a very particular person.

#MenchiesMyWay — I’m hugely particular that all my flavours blend together. This is what I call a well rounded lunch!! @menchies_ca

Along with the newest Oreo cookie frozen yogurt flavour, there are over 150 flavours available at Menchie’s, which means you can be as particular as you want when it comes to creating your very own froyo cup. Menchie’s is the largest growing frozen yogurt franchise in Canada with 116 locations across Canada (and there will be 9 more by the end of the year!) That means, hopefully all of my Canadian readers will be able to participate IN THIS GIVEAWAY that I’m hosting in collaboration with Menchie’s Canada! 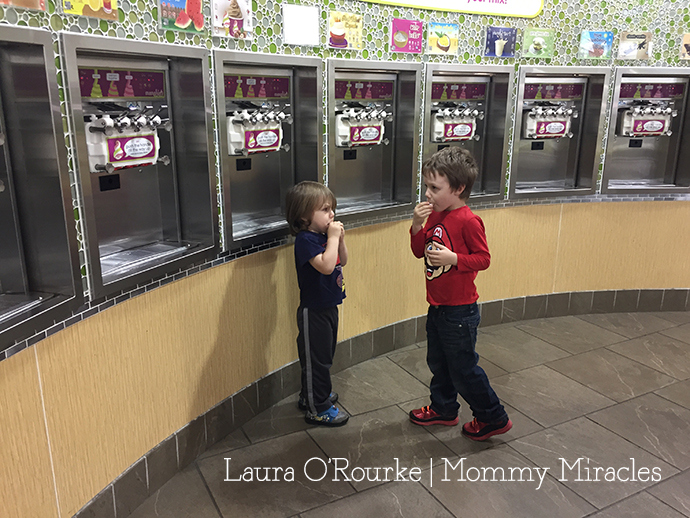 Here’s how to enter!

Go to your local Menchie’s (shout-out to my Halifax Menchie’s!) and design a yogurt creation that is perfect for YOU! Then tweet or share an image of your Menchie’s creation with all of the following:

I will choose a winner on Monday August 10th based on presentation and the name of your creation! The winner will get a Summer VIP Pass which is the value of 7 complimentary visits to any Menchie’s location across Canada.

I am a Menchie’s Canada ambassador and as such I was compensated for this post with FREE FROZEN YOGURT, which I am totally ok with.

The post My Way or the FroYo Highway appeared first on Mommy Miracles.

My Way or the FroYo Highway
https://haligonia.ca/my-way-or-the-froyo-highway-109426/