The Folks at Cheese Curds etc. are bringing trucks to the Spring Garden Area this year, they will be rollin’ out in a Cheese Curds branded Hot Dog and Poutine truck, and Gweilo Jr. serving Vietnamese soup and sandwiches.

Aleppo Cafe in the Brewery Market has closed but alluded they will reopen in a new location.

Bedford Basin Farmers Market is now in the new building and out of the Farmer Clems tent. Though “Farmers Market” feels disingenuous since there is only one vendor.

More Bedford, Patricia’s Bistro and Wong’s Wok have opened in the former Travellers Motel, and at the bottom of Larry Uteck. Eastern House Cuisine specializing in Middle Eastern groceries has opened.

There is clothing store on Windmill by Albro Lake, selling new casual clothes, I didn’t see a sign or name on the store.

Also out in Bedford, Izzy’s Bagels was having some fun with Easter Bagels and Funfetti Cream Cheese. They will have them Today and Monday as well.

Confirmation from last week, Made in the Maritimes will indeed open their 2nd shop this May in the Hydrostone.

The Vegetorium in Fall River has started a large expansion to be ready Late Summer.

Death Watch:  Island Greek closed for “renovations” on March 1st, looked in this week and it looks like no one has been in there since they closed. I’m not saying it’s done yet but … not looking good. I hope I’m wrong.

I was musing about Costco with a bit of snark his week. Remember when you go to Costco wait till your cart is blocking the entrance before looking for your card, everybody loves that. Also, when you are done make sure you walk back to your car in the middle of the parking lot row as slowly as you can, everybody loves that too.
Though some good advice The linen aisle is usually the quickest to cross the store. There is a single washroom in the tire centre.Things that are .97 are clearance and have been marked down.

The Good Ship Children’s Boutique will open in Lunenburg in a few weeks.

#ReTalesMadness continues,  live bracket here
I tried one of the eliminated restaurants, and I must say I Love Pho was quite good, too bad it was knocked out. 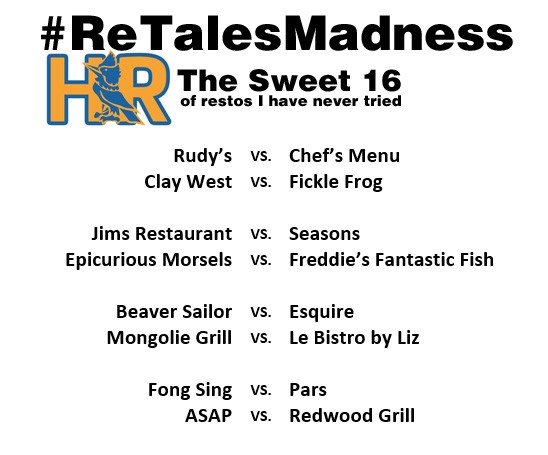