Recently, the first #halifaxchicks tweetup took place. A number of geek girls decided to give props to local tweeters one #followfriday and from that grew the discussion of having a girls’ night out. 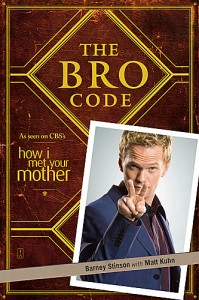 Now, male bonding seems to typically include bro codes and high impact sports. I’m not sure what would happen on a geekier level if a #halifaxdudes tweetup ever occurred but I’m pretty sure the sports activities would occur in the wii world. Conversely, female bonding is seen to include tickle and pillow fights. If you do not wish for this delusional bubble to be burst, please do not read on.

Upon arriving at Mosaic, there were at least two other tables filled with just women. In fact, the only men around were the bartender and manager. When I found the right table, I saw mostly strangers. Ordinarily, I’m not the kind of person who’s comfortable in these sorts of situations. I am, after all, a geek myself and therefore more in the zone when behind the safety of a computer monitor.

But you know what? It didn’t matter. We each made our introductions, sat down around the table, and talked. Non-stop. And it was great.

Having moved here from another city, it took me years to build up a network of close friends. People who have lived here all their lives have a built-in network from childhood. Often, there’s no room for the new kid. In my case, most of my close friends in this city are originally from elsewhere or moved away and came back to find that their friends of old had moved on without them. I’m not making a judgement here; I’m just saying that it’s tough making friends when you’re East Coast By Choice (not by birth).

Twitter has opened up a magic social door though through which one can step and make new and very real connections via tweetups. Speaking of which, don’t forget about Third Wednesday coming up this week.