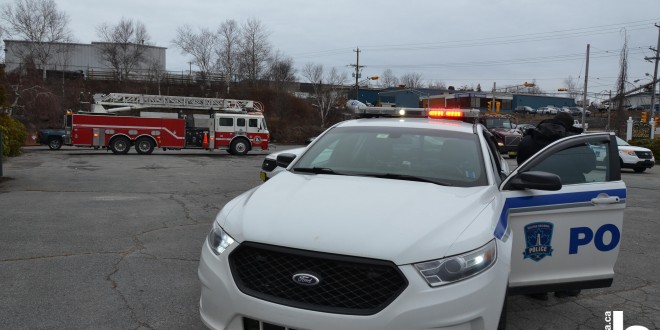 No Injuries after Tow Incident and Bus Rolls Down Embankment 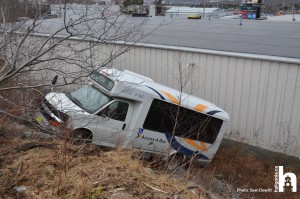 An incident at 53 Wright Ave late this morning had a business staying away from part of the building due to a precarious position of an Access-a-Bus that rolled down a steep embankment from above.

Details aren’t immediately clear in this incident yet, but word has it that a tow driver dealing with the empty bus may have lost control somehow, resulting in the bus to roll away over the hill. One witness says she looked outside and saw the free rolling bus, unsure what was going on, and called 911. 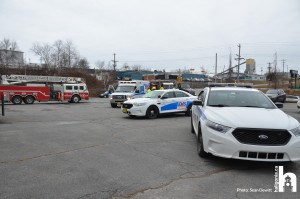 Fire crews tended to the scene to ensure there were no fluids spilled as well as to provide aide incase of any injuries. HRP and EHS tended the scene as well.  Recovery options were being discussed and no other details currently available. 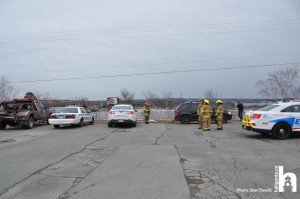