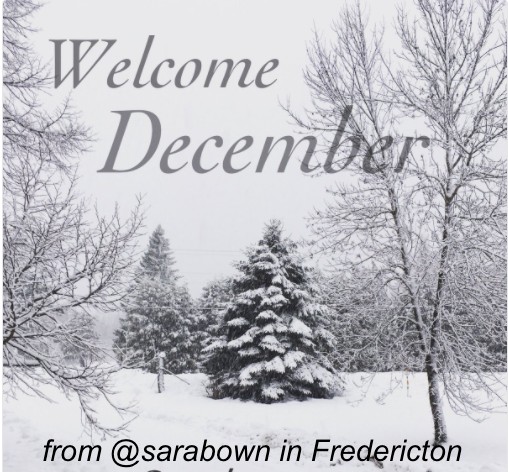 While the end of November and beginning of December was quite stormy, November overall was mild, with high temperatures about 1C above normal in the Maritimes, and low temperatures 2-3C warmer than normal.  Overall, the month was drier than normal, with Yarmouth only half of normal rainfall. At least the first day of December brought 15 to 25mm of rain to drought-stricken southwest Nova Scotia. 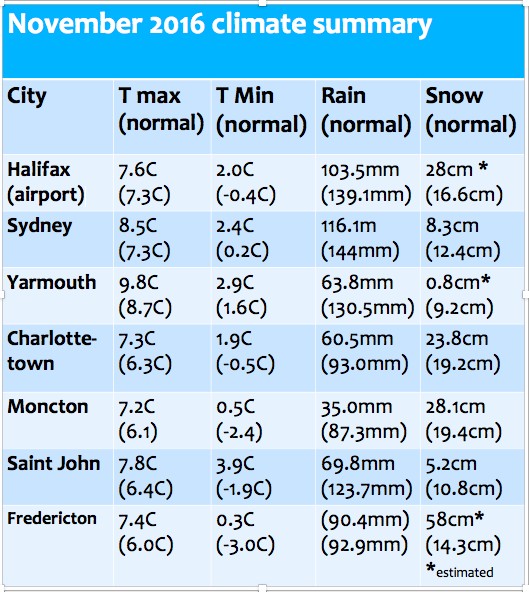 November ended and December started with several intense storms that resulted in near or above normal snowfall for November (note that the airport snow measurements are not official, and in some cases need to be estimated).  Mixed precipitation and strong winds impacted power and transportation during this stormy week, with many communities in New Brunswick, Prince Edward Island, and parts of northeastern Nova Scotia still with no power as I prepare this article.

I suspect that this burst of stormy weather has folks fearing a harsh winter.

While the winter is likely to be more harsh than last winter, there will be a break from storms over the next week or so… with the next storm not forecast until the end of next week, likely in the form of rain. 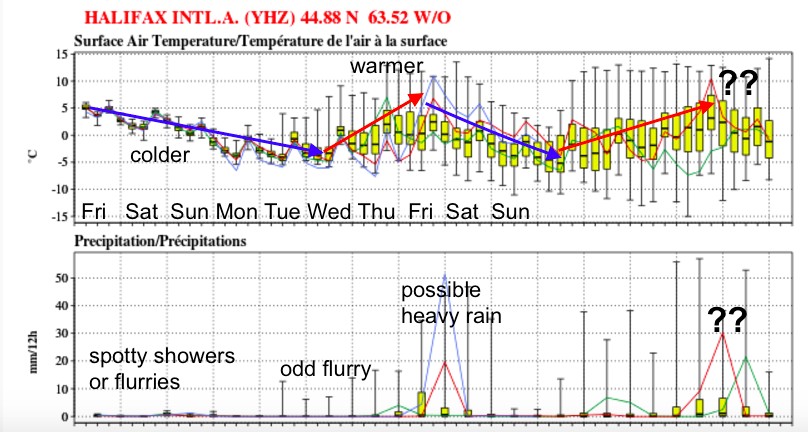 Computer projections for December are for near normal temperatures for much of eastern Canada.  However, while the above normal Atlantic ocean temperatures would normally keep us mild, cold air from central or western Canada will combine with warm moist Atlantic air to produce storms… so we should be prepared for our share of storms (rain and snow) this month and the remainder of the winter that will again impact transportation and power. 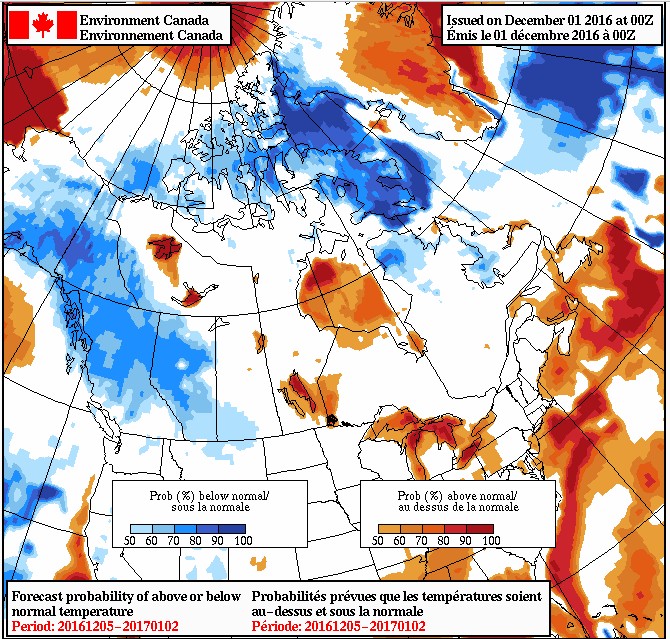 As I posted last month, I remain concerned that the winter of 2015 may have left some structures compromised (like decks and roofs).  Structures should be inspected and excess snow and ice should be carefully removed.

As an Ambassador for the US National Weather Service’s “Weather-Ready Nation” initiative, I do receive some useful material.  The following link contains a number of preparedness tips for the upcoming winter: winter safety