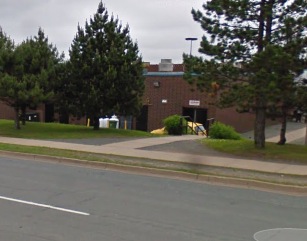 View Larger Map
At 9:45 pm Central division patrol officers were investigating a domestic dispute at a residence on Stanley Street.  As a result of that investigation officers discovered a Marijuana grow operation inside the residence.  HRP Drug members completed a search warrant and seized marijuana plants and grow equipment . A 31 year old male and 55 year old female face Trafficking and Cultivation charges, both were  released on a Promise to appear.

View Larger Map
At 10:20 pm a east division patrol officer spotted a possible impaired driver traveling along the 111 Highway, the license plate was also listed as stolen.
The officer attempted a traffic stop on the vehicle which then attempted to evade police eventually entering the Highfield park area.  The pursuit was soon after called off.
Moments later the suspect vehicle was observed at the intersection of Windmill Rd and Victoria Rd.  When the officer approached the vehicle the suspect exited and attempted to flee on foot, he was quickly apprehended and brought to booking.

View Larger Map
11:05 pm at Willett and Harlington Cres. a 20 yr old male was approached by a male suspect who indicated he had a gun.  Victim was relieved of an IPOD, MP-3, buss pass and a small amount of cash.

11:10 pm at Willett and Chadwick a 20 yr old male and 21 yr old female were approached by the same male suspect who again mentioned he had a gun and would harm them if they did not turn over their property.  Nothing was taken.

11:15 pm along the pathway near Winstons bar leading to Willett  St. a 50 yr old male was also approached by the suspect, indicating he had a knife.  Cash was demanded but no property turned over.

A short time after the last robbery patrol officers located the suspect on Harlington Cres. and he was arrested.  The suspect was not in possession of any weapons. No injuries were received by any of the victims.

An 18 year old male is facing 3 counts of Robbery and will appear in morning court, at this time a second male suspect is also in custody and will be facing one count of robbery.