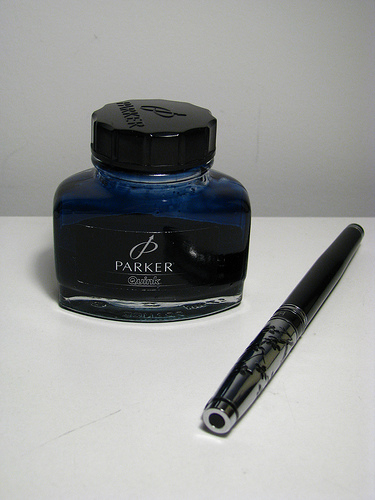 [Ed Note: The following opinion piece was submitted to Haligonia by reader Amy Donovan. We're always interested to hear your thoughts on current events and issues. If you would like to submit an op-ed to us, drop a line to news@haligonia.ca.  Please be sure to review our privacy policy and terms of use.  Opinions are not ncessarily those of the publishers of this website.]

“Forget your Occupy Nova Scotia,” he scoffed. “Life goes on after this.” They’re divided into thirds, my municipal councilor told me. “One third are protestors. One third squeegees, and one third homeless. We’re dealing with them all the time, and we know they’re not easy to deal with.”

“We” being Council, and “they” being the city’s homeless. My councilor explicitly cited the presence of that particular marginalized group of citizens as the reason why he and Council knew the Occupy protestors would be “trouble” when the city evicted them—that was why they didn’t enforce the camping bylaw until Remembrance Day, wishing to avoid such “trouble” for the service. From my experience on the phone with him, I have learned some HRM councilors aren’t an easy bunch to deal with either: I couldn’t even get mine to acknowledge my question of whether Council could facilitate an opportunity for public discussion on the Occupy issue, let alone respond to it.
I had called my councilor to express my opinion that the eviction of Occupy Nova Scotia protestors at Victoria Park on Remembrance Day was inappropriate, for various reasons you’ve probably already heard. You’ve probably also heard about Mayor Kelly turning off the microphone of a councilor who tried to apologize for her part in the evictions. When I tried to express my views to my representative at City Hall, I don’t think I even had a metaphorical microphone to begin with. I had not expected my councilor to agree with my views, but I had expected him to respect them, and at least pretend to keep them in mind in his role as a councilor.
Not so, it turned out. In fact, he seemed to be taking our conversation as an opportunity to express his frustration with the Occupy NS movement, and the public backlash towards Council’s actions, in general.
“Amy, you don’t understand,” he told me over and over. “You don’t seem to understand.” (I did understand, actually. I knew about the camping bylaw. I simply disagreed with my councilor’s position on the way it was enforced, but he wasn’t willing to hear that part.) He told me he was fine with them protesting; they could protest every day if they liked. They simply couldn’t camp, he said, several times.
I explained that I understood there was a bylaw about camping in municipal parks. But bylaws can be bent, and there have been plenty of exceptions, like for those rock concerts we keep hearing about. Why couldn’t an exception be made for protestors? He wouldn’t answer.
It doesn’t matter here how I feel, or how my councilor feels, about the Occupy movement. I had called him because I was displeased with the way Council handled the situation—the secret meetings, the eviction without notice—and I felt (and still feel) that constituents like me should have some opportunity to be involved in such decisions. Communicating with my representative in those decisions seemed to be a logical step.
Met with disrespect and bullying, I write this, now, because I feel Halifax deserves better: Halifax deserves a voice. That public voice should not be something Council can evoke at will and silence when it’s inconvenient to hear, as in turning off a microphone.
My councilor explained one of the reasons for the timing of the evictions: Council knew the Occupiers were coming back to Grand Parade. There, he told me, we had the tree lighting ceremony coming up, and we’d already had to move two concerts, and there was the Christmas Parade. Should we have made the public suffer so that a small group could protest?
I suggested, quite politely, that the right to protest is a public good. Possibly the public supported this protest.
Protests are not something to be discouraged, after all; rather, they are an important function of any active, citizen-driven democracy. They encourage people to believe in the possibility of social change; to think in critical ways about the institutions that affect our lives; to get educated on how those institutions operate; and to decide for themselves what they believe is right—all qualities I’m sure my councilor would hold dear to his own politically-oriented heart.
Had he spoken to any members of the public, I asked, about how they would feel about a compromise with Occupy protestors for the parade and the tree lighting ceremony?
I can’t honestly say he said no in response to that question: he dodged it, and more than once. He did offer a reluctant “no” to my question of if he had spoken to any of the people at the protest or tried to find out what their issues were.
The Occupy protest, my councilor told me, has nothing to do with the municipal government. (Oh yeah? I thought. Did you ask them? There are lots of issues this movement addresses in which municipal government might be implicated.)
The big question I pushed on my councilor—the one I really wanted answered—was why all of this decision-making had been done in secret, and, given that it had, what it would take for some sort of venue (Council meeting, town hall meeting, whatever) to open up where the public could be part of the discussion.
Can we have some kind of opportunity for the public to express their opinions to Council? For that matter, why didn’t you ask the public to begin with? Why couldn’t this be discussed at a regular council meeting, even, instead of in camera?
He refused to answer. He avoided the question, over and over. Kept saying it was about law enforcement. The law’s the law. The law is the law. The law is the law. You can’t just camp in a city park. You cannot. It can’t be done. It isn’t legal. You just can’t camp.
My councilor’s other refrain, aside from you can’t camp and the law is the law and you don’t understand, was along the lines of: How long? When is it going to end?
Well, it’s a protest, sir; it ends when someone addresses what the protestors want, when someone at least hears their concerns.  Our council clearly wasn’t listening.