The 54-year-old man from Halifax listed as missing on April 17 2019 has been safely located.

We thank the public for their concern and assistance. 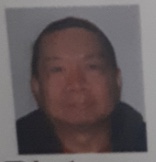 Police are seeking the public’s assistance in locating a missing 54-year-old man from Halifax.

Plutarco was last seen on March 28 on Brunswick Street in Halifax and was reported missing on April 2, 2019.

Plutarco is described as a Filipino man with short dark hair.​ He is about 5’7” tall and weighs about 160 pounds.

There is no information to suggest that Plutarco has met with foul play; however, his family and police are concerned for his well-being.​ Investigators are asking that Plutarco or anyone with information on his whereabouts call Halifax Regional Police at 902-490-5020.

(Found) Police are seeking the public’s assistance in locating a missing 54-year-old man from Halifax.
https://haligonia.ca/police-are-seeking-the-publics-assistance-in-locating-a-missing-54-year-old-man-from-halifax-260341/