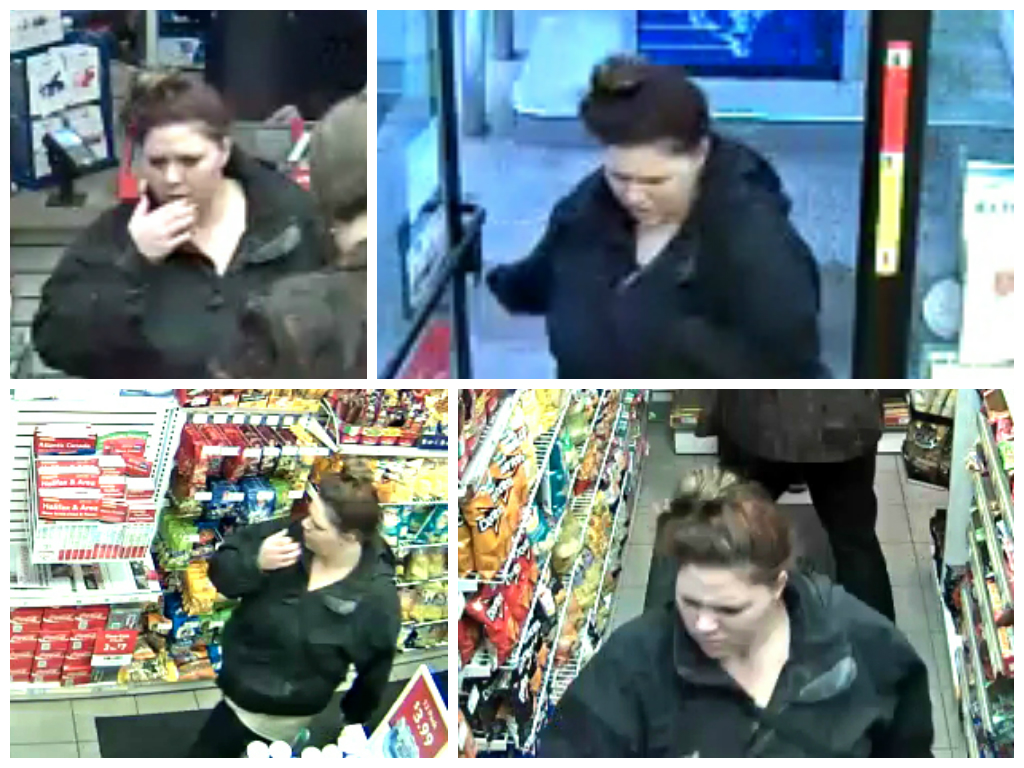 Halifax Regional Police is requesting the public’s assistance in identifying a woman who used a credit card stolen from a parked motor vehicle.
On November 25, 2014, at 4 p.m., a woman called police to report that her car had been broken into while parked at the Frog Pond located at 232 Purcells Cove Road in Halifax. The woman was out for a walk and when she returned to her car, she noticed that someone had smashed a window and stole her purse. Officers later determined that a suspect used the victim’s credit card shortly after the theft at numerous businesses in Halifax.
Police are releasing pictures of a woman who used the stolen credit card at the Esso Gas Station on Chebucto Road in Halifax. She is described as a white woman in her twenties, heavy-set, with dark hair.
If you have information about this incident or the identity of this woman, please call police at 902-490-5016.  Anonymous tips can be sent to Crime Stoppers by calling toll-free 1-800-222-TIPS (8477), submitting a secure web tip at www.crimestoppers.ns.ca or texting a tip – Tip 202 + your message to 274637.
Crime analysts have noted a recent increase in thefts from motor vehicles at municipal and provincial parks. In the last two months, police have received over 12 reports of items stolen from unattended vehicles in parking lots at local parks. Thefts from vehicles are usually crimes of opportunity with visible items being a temptation for would-be thieves. Citizens should remove all items from their vehicles (e.g. global positioning systems (GPS), satellite radios, cell phone chargers or other equipment that appears valuable) and lock the doors upon exiting. If it is absolutely necessary to leave items in your vehicle, they should be locked in the trunk out of plain sight before arriving at your destination.
Source: Release
#99