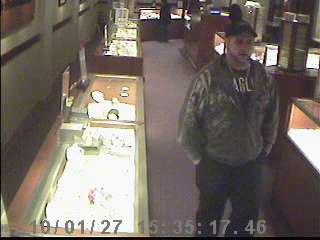 Halifax Regional Police is asking for the public’s assistance in identifying a suspect in a theft from Mic Mac Mall.

The incident involved a theft of jewelry on January 27. The suspect was looking at men’s rings when he fled with three rings with a combined value of over $5000.00. The suspect is described as a white man in his early 20's, 5'10, 210-240 lbs., with short light colored hair and an unshaven round face. He has a crescent shaped scar on the back of his head and his left ear is pierced. On the date of the incident he was wearing a dark baseball hat, a gray and beige zip up hooded sweatshirt with a silver pattern and dragon flames on it. He was also wearing two large gold chains.

Anyone recognizing the man in the attached pictures or with information in relation to this incident is asked to call Halifax Regional Police at 490-5016. Information can also be reported anonymously to Crime Stoppers at 1-800-222-8477 or online at www.crimestoppers.ns.ca. 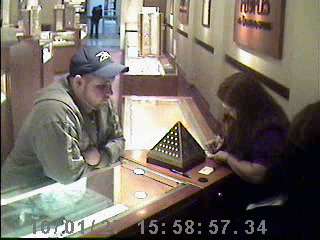 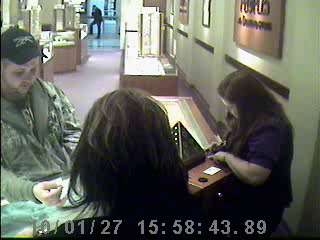 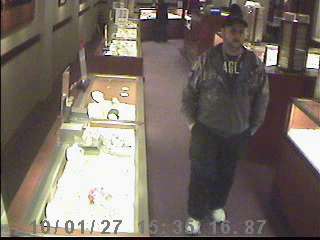