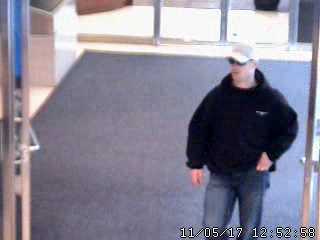 Police are asking for the public’s help identifying a bank robber.

On May 17 at 1 p.m., officers responded to the Bank of Montreal at 5151 George Street where it was reported that a man entered the bank and demanded money from staff. The suspect received an undisclosed amount of cash. He is described as a white male, 5'8”, 170 lbs., with dirty blonde receding hair, a thin face and slim build, and wearing jeans, a black hoodie, white ball cap, white sneakers and aviator sunglasses. He fled the bank on foot in an undetermined direction. While he indicated he had a weapon, none was seen. No one was injured during the incident.
Investigators in the HRP/RCMP Integrated General Investigation Section are releasing the attached photos with the hope that someone can identify the suspect. The first two photos are from the Halifax Ferry Terminal where it is believed the man was just prior to the robbery, while the other two are from the bank.
Anyone recognizing the man in the attached photos, or with information in relation to this incident, is asked to call 490-5016. Information can also be reported anonymously to Crime Stoppers at 1-800-222-8477 or online at www.crimestoppers.ns.ca. 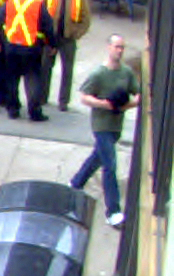 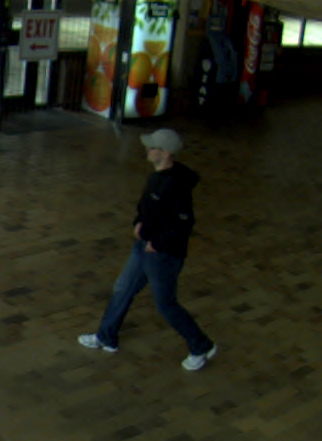 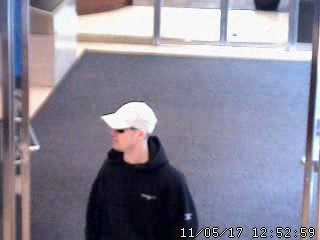