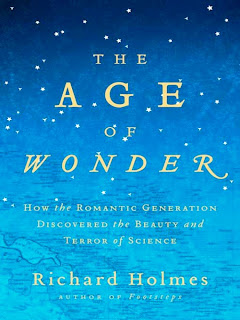 Well, it’s just now November and with two months remaining in the year, but that hasn’t stop Publisher’s Weekly from releasing their top ten books of 2009. The magazine – like many others – compiles lists of the best titles of the across several genres and audiences each year, but this year for the first time they’ve released an overall top ten list.

Here’s their picks (descriptions – when given, come from the library catalogue summaries, unless otherwise noted): 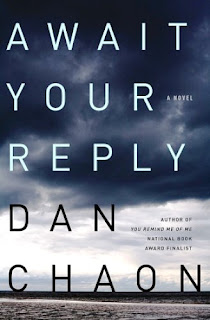 The Age of Wonder: how the romantic generation discovered the beauty and terror of science by Richard Holmes:

Await Your Reply by Dan Chaon: “Three strangers are drawn into a world in which identities are invented and reinvented according to need, pasts are erased, and the future is perilously uncharted.” Second novel from a prize winning American short story writer.
Big Machine by Victor Lavalle: PW notes that Lavalle has been compared to Haruki Murakami, John Kennedy Toole and Edgar Allan Poe. This, his second novel, follows “a middle-aged, middling hustler with a
lingering junk habit, a bum knee, and a haunted mind. The sole survivor of a suicide cult, [who] spends his days scraping by as a porter at a bus depot in Utica, New York, until one day a letter arrives, reminding him of a vow he once made…”

Cheever: A Life by Blake Bailey: a new biography of the celebrated American author. Today’s readers may be less familiar with the author – who died in 1982 – the library also owns a large collection of Cheever’s writing.

A Fiery Peace in a Cold War: Bernard Schriever and the ultimate weapon by Neil Sheehan.

In Other Rooms, Other Wonders by Daniyal Mueenuddin: A literary debut that explores class, culture, power, and desire among the ruling and servant classes of Pakistan…. Mueenuddin bares—at times humorously, at times tragically—the complexities of Pakistani class and culture and presents a vivid picture of a time and a place, of the old powers and the new, as the Pakistani feudal order is undermined and transformed.

Jeff in Venice, Death in Varanasi by Geoff Dyer

The Lost City of Z: a tale of deadly obsession in the Amazon by David Grann

Shop Class as Soulcraft: an inquiry into the value of work by Matthew B. Crawford. 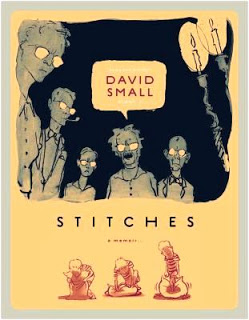 Stitches: a memoir by David Small: a coming-of-age style graphic novel memoir. Booklist magazine said “If there’s any fight left in the argument that comics aren’t legitimate literature, this is just the thing to enlighten the naysayers.”

The list hasn’t been without controversy. Several sources, including the NY Times, have pointed out that the list lacks any titles from female authors. PW claims it was as surprised as everyone else when the final list came together and lacked any female authors, but that they compiled the list based on literary merit and “ignored gender and genre and who had the buzz…” What do you think?