Among the books I read for enjoyment, the ones that I read the quickest are rock biographies. I think there are probably two reasons for this. The first is that I really enjoy the subject matter and get caught up in the nostalgia that the story evokes and therefore end up reading (too) late into the night. 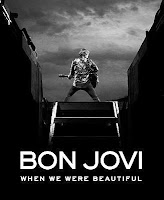 The second reason is that these biographies are often composed in a relatively straight forward writing style, with the focus on event details and interviews rather than the craft of writing. This aspect would definitively be a negative appeal for me in most any other type of book, and most certainly in fiction. However, it does make for much a quicker reading experience, which can also be a good thing.

Here are a few quick read rock music biographies that I have enjoyed – just don’t expect to be re-reading too many passages to soak up the literary splendor:

Strange Things Happen: a life with The Police, polo and Pygmies, by Stewart Copeland.

A quirky little memoir that is particularly interesting for the musical projects attempted after his retirement from megarock stardom.

Hit Hard: a story of hitting rock bottom at the top, by Joey Kramer ( Aerosmith).

Sex and drugs and rock ‘n’ roll. Not as graphic as some rock biographies, but still left me feeling kind of dirty (but in an entertaining way).

Bruford was not your stereotypical greasy rock drummer. He was, and remains, a man of the arts. His immense talent, his professionalism and desire to push musical boundaries allowed him to interact with some the music world’s most creative individuals.

Bon Jovi: when we were beautiful, conversations with Phil Griffin.

More of a coffee table book than a biography. A behind the scenes look at the Lost Highways tour. A good friend, and a big fan of all things Bon Jovi, described it as visually delicious!

Here are a couple newer titles that I have placed on hold at the library:

“In this memoir, singer-songwriter Patti Smith shares tales of New York City : the denizens of Max’s Kansas City, the Hotel Chelsea, Scribner’s, Brentano’s and Strand bookstores and her new life in Brooklyn with a young man named Robert Mapplethorpe–the man who changed her life with his love, friendship, and genius.” ~ publisher

Me, the Mob, and the Music : one helluva ride with Tommy James and the Shondells, by Tommy James

“Everyone knows the hits — “Mony Mony,” “I Think We’re Alone Now,” “Crimson and Clover,” “Crystal Blue Persuasion.” They are nuggets of rock and pop history. However, few know the unlikely story of how these hits came to be…” “Me, the Mob, and the Music tells the intimate story of the complex and sometimes terrifying relationship between the bright-eyed, sweet-faced blonde musician from the heartland and the big, bombastic, brutal bully from the Bronx, who hustled, cheated, and swindled his way to the top of the music industry. It is also the story of this swaggering, wildly creative era of rock n’ roll when the hits kept coming and payola and the strong arm tactics of the mob were the norm, and what it was like, for better or worse, to be in the middle of it.” – publisher