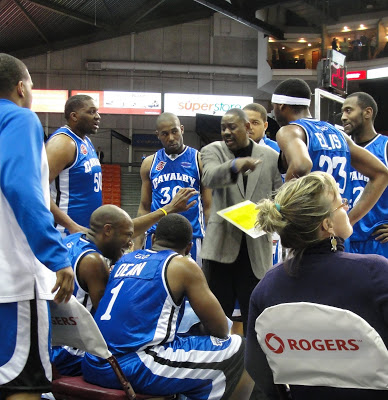 The Halifax Rainmen are now winless in their overtime matchups this season, losing their first home game to the Lawton Fort-Sill Cavalry 104-98 in a hard fought battle last night.  Halifax quickly built a 9-point lead late in the fourth quarter with three consecutive three balls from Desmond Ferguson, Tony Bennett and Gary Ervin that brought the Halifax Metro Centre to their feet.  But Halifax’s 9-point lead at the 3:31 mark quickly turned into a one-point lead in a matter of 90 seconds.  Lawton Fort-Sill made a couple of quick steals and baskets to get back into the contest.  Eddie Smith’s basket with 11 seconds to play forced the overtime period.

In overtime, the Cavs’ Eddie Smith and Brandon Dean made a couple of key baskets to keep Halifax at bay.  Smith led the Cavs with 25 points and proved to be one of the difference makers in the matchup.  Halifax went 4 for 10 from the field in the overtime period.

For the Rainmen, 2010 PBL All-Star, Gary Ervin, continues to impress leading the Halifax Rainmen with 26 pts, 11 rebounds and 6 dimes.  Eric Crookshank had a huge double double with his 17 points, 18 rebounds and 3 blocks. 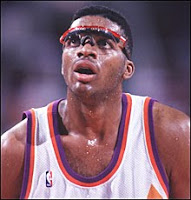 Post Game Links:
The Chronicle Herald
“It was the fourth time in six games that they’ve lost in overtime, putting in peril a playoff berth that seemed secure only a month ago, before the Rainmen, 9-2 at the time, embarked on a three-game road trip in which they lost all three in extra time.”

ThePBL.com
“Unfortunately, in spite of a valiant effort, the Halifax Rainmen couldn’t overcome the Cavalry. The Rainmen trailed by various margins throughout the game, including 13-spread when the Cavalry went on a 19-4 tear to start the second quarter, that built up a 40-27 midway through the quarter.”

Next up, the Rainmen head back on the road in an important matchup against the Vermont Frost Heaves on April 2nd…