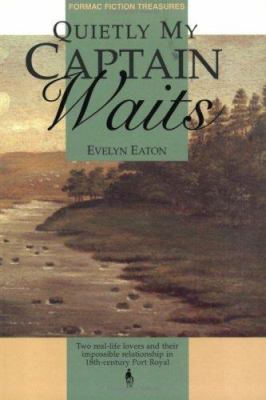 We tend to associate the Annapolis Valley with agriculture and tourism. Halifax folk flock to the Valley in the spring and summer for the apples, strawberries and of course the Apple Blossom festival. In the fall are the pumpkins and the leaves. The valley itself creates a unique climate very conducive to farming. It is an area rich in history as well. This area has seen many migrant groups including the original Mi’kmaq, the Acadians, the New England Planters, Loyalists and freed Africans in the War of 1812.
In addition to this rich and diverse heritage, it is also just plain pretty to visit.

The Mountain and the Valley by Ernest Buckler has been a staple of CanLit for decades. It is set in the Annapolis Valley, but this is more than just incidental. The geography is an essential element of the story. David Canaan is a sensitive young man who discovers early that he is different from those around him. Rather than adapting to his circumstances or making the decision to move on, he stays, but holds himself aloof. I read this novel many years ago and I remember finding this to be a rather sad story. It is probably worth re-reading to see if time and age would give me a different perspective. 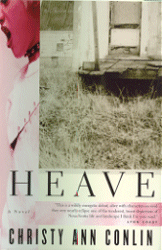 Well, in comparison to David, Serrie Sullivan of Heave by Christy Ann Conlin does not stay put. On her wedding day, 21 year old Serrie races from the church. Her journey takes her to London, Halifax and rehab. While The Mountain and the Valley was set pre WWII, Heave is a modern story with the somewhat seedy concerns of modern teenagers. Heave (think: will you ever heave a sigh…) strips away the idyllic pumpkin, apple blossom Valley and shows rural, bored youths who can exist, certainly not just in this part of the world, but anywhere. Serrie is accompanied by a quirky cast of characters who bring to mind Fall On Your Knees by Ann-Marie MacDonald
Starting Over: Acadians and New England Planters in Nova Scotia in the 1760s by Glenn Ells is a historical novel set the Annapolis Valley in 1760. It began as the author’s attempt to explain their family history to his grandchildren. It tells of the time of the Acadian Expulsion and the arrival of the New England Planters. It is also a love story involving Acadian Joe LeBlanc who escaped and hid in the woods after the 1755 Expulsion and Anna, daughter of a Planter family. This relationship soon puts the conservative community to a test of its tolerance. 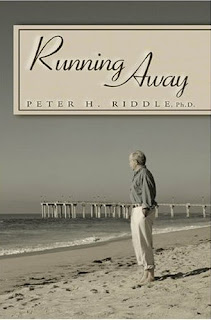 Peter H. Riddle, himself a professor at Acadia University in Wolfville, writes of Alzheimer sufferer Andrew Striker in Running Away. Striker was an outstanding lecturer in the English Department of Acadia University. He never had to rely on notes. One day he could not remember and so his deterioration began. He is unable to face his family and friends with the devastating news, so he decides to run away. He ends up on the South Shore of Nova Scotia, but certainly not alone. Despite his best efforts to live out his final years alone, he is drawn into the lives of strangers and discovers that, despite what he thinks, he does have much still to offer to the world.
Joan at Halfway by Grace MacLeod Rogers is the story of young Joan Wisdom who is adopted by an aunt and uncle and moves to the family home in Halfway, Nova Scotia. Here, the girl discovers that her uncle was cursed and that she too inherited the curse. Joan, the new generation of this family, is the hope that the curse will end here. This novel was originally published in 1919 and recently reprinted by Formac. Grace MacLeod Rogers (died 1958) was a active author, historian, and lecturer. She was the first woman to run as a candidate in the Nova Scotia Legislature. Her sons all attained similar success, with one, the Honourable Norman McLeod Rogers, who was the Minister of National Defence. Should the mood hit you her book can also be found here at Open Library. It’s a nice way to read online. It has the feel of reading a print book. It almost seems as if you are turning the pages.
Quietly My Captain Waits by Evelyn Eaton takes us back in time once again. This is another Formac reissue originally published in 1940. This novel is based on the real life lovers Louise de Freneuse and Pierre de Bonaventure. Eaton drew her facts from official records and correspondence. It is set in a very turbulent time in the history of Annapolis Royal. See The Dictionary of Canadian Biography Online for an account of their relationship.