Here’s a list of five historical figures from Dartmouth’s past.

Sara Findlay: Sara Findlay was born in Dartmouth in 1865. She was an admired educator and well loved member of the community. She contributed greatly to the Dartmouth education system, including teaching night classes to school dropouts.

The Findlay Community Centre, located on Elliot Street, was named in her honour. 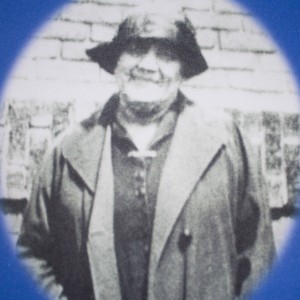 Allan Bundy: Allan Bundy was born in Dartmouth and was the first African Canadian to fly as a pilot in the Royal Canadian Air Force. After graduating from Dartmouth High School, Bundy received a scholarship to study chemistry at Dalhousie University. When WWII broke out, he enlisted in the air force and flew 42 missions in Europe.

John Forbes: Mr. Forbes was an inventor. He is credited with designing the first spring-loaded ice skate, which revolutionized the sports of skating and Hockey. He lived in the “Lakeside House” which still stands on Crichton Avenue.

The Starr skate, designed by Forbes.

The Motts: Henry Mott was the first to manufacture chocolates in Canada. His son, John Prescott Mott, took over the business and expanded it. The Mott factory, which was located on the Dartmouth waterfront, produced chocolates, soaps, candles and spices. His success made John Mott one of the wealthiest men in the province.

Duncan Waddell: A Scottish immigrant, Waddell owned a piece of land just north of Tufts Cove. When naming his homestead, Waddell made reference to the stream that ran through his land. The Scottish word for stream is “burn” so he named his home Burnside. The land was eventually sold off, but the business park still keeps the name given by its original owner. 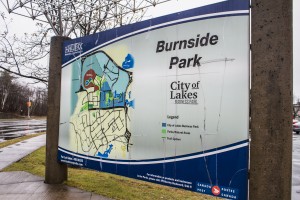 Map of the Burnside Industrial Park

Remembering the people of Dartmouth
https://haligonia.ca/remembering-the-people-of-dartmouth-100714/