A lighter update but still lots going on for August.

First a follow up to the news PEI’s Gahan House was coming,everything is confirmed and they will indeed be taking over the great space that Hart&Thistle was in.

Downtown Dartmouth is going to have a new shop, Room 152 a women’s boutique which will have both new and curated clothes and shoes . Early sneak peeks show they have a thing for short boots.

Quantum Frontier will be teleporting across the intersection moving in the end unit by Hillcrest VW.

The Staples in Burnside has closed, the Copy Centre remains open for now but they are planing to move that as well. That Staples one of the first Business Depots at one point was the largest an most profitable in the chain. 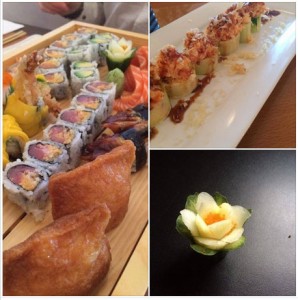 Tako Sushi on Parkland in Clayton Park has quickly become a favourite me.

The Venus Roll (top right) is a great combo of chopped fish wrapped in thin cut cucumber. I even brought the cucumber flower with masago home, to appreciate a little longer.  It drives me a little nuts, as peninsula resident that I need to drive to go get the best sushi but its worth it . That strip mall also is home to Nine +9 which I consider to be the best Chinese.

WalMart is shaking up the online shopping world in Canada now that they offer free shipping, No Minimum order. Expect others to follow suit by Christmas. In the ridiculousness of it all though you can buy Mr. Noodle (which I would never eat) is online at Walmart.ca for 37¢ and have it shipped to your door for free, but if you went in store in Halifax it’s 44¢.

Alex Oh Sushi, will be taking over the former Susies (who moved to Purdys) this is a the 3rd Sushi joint in close proximity, Is it too soon to call this district Little Hakodate in honour of our Japenese sister city with a star shaped citadel. More info about our relationship here 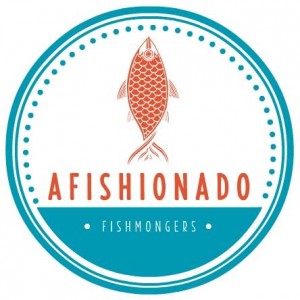 Afishionado, a sustainable fish monger will be opening inside Local Source Market

The abandoned Hamachi Grill on Portland St. will be coming back to life as Mizi, which will be an All You Can Eat Sushi and Thai.

As part of the whole reno of the Irving in Beechville, there is a Rubber Duck Car Wash going in.

Finally the 2000 block of Gottingen is gearing up for 2 new stores with the Futon Store moving back to their rebuilt home, Biscuit has taken over where the Futon Store has been and the will be opening the Independent Mercantile Company which will be a housewares and gift ware shop. And The Carrot is aiming to open by months end.