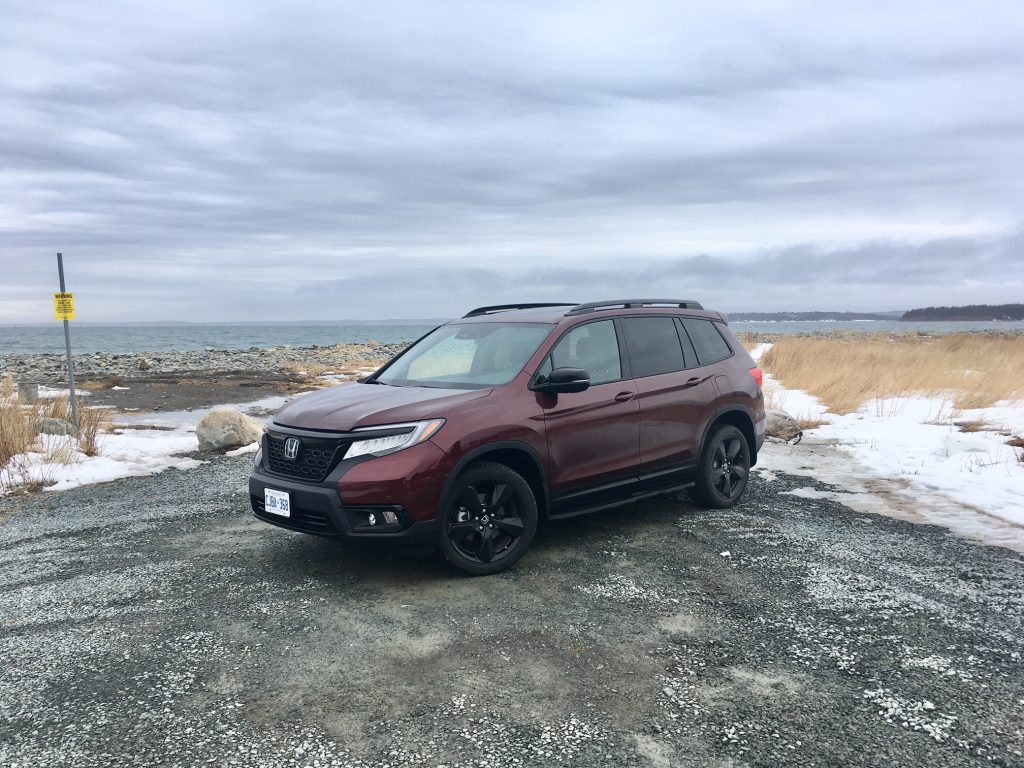 Often times car manufactures come up with questionable names for their vehicles. For instance, why would AMC think that Gremlin would make a good name? Likewise, who wants to admit to driving a Probe? Ford apparently saw no issue with it.

Honda found themselves on that list, however when it comes
to their latest offering, I think they did a good job of coming up with a name:
the Passport.

If that sounds familiar to you, it might be because Honda
offered the Passport from 1993-2002, however it was not sold in the Canadian
market.

But I feel it’s a decent name because what does a Passport do? Well, it gives you freedom. It allows you to travel to world. It’s a souvenir of the adventures you had. Obviously you wouldn’t be able to take your Honda Passport on a trip to Africa, but the point is, it’s meant to be a go-anywhere vehicle.

And if you judge it purely on its exterior style, you might question that ability somewhat. The new Passport takes heavy cues from big brother Pilot, which can be described as a mild off-roader at best. But the Passport ups the styling ante by providing a wide stance, a black grille, body cladding, black trim and black wheels regardless of the trim level you choose. Later in the week, my tester added some roof racks and a Thule cargo carrier. It’s smaller than the Pilot so the rugged look is pulled off a bit more naturally.

If you’ve ever been in a modern day Honda, the interior styling should be fairly familiar. In fact, the style is completely indistinguishable from big brothers Pilot and Ridgeline. Seriously, they look completely identical. This is good for someone like me who reviews lots of vehicles per year, so familiarity with the set up helps to get myself settled more quickly, but I also feel as if Honda should be investing a bit more time and money providing more unique interior designs, not something that feels like a copy and paste. Toyota does a good job of giving each model a uniquely styled interior. Just sayin’.

Functionality-wise, the interior does its job for the most part. However a lack of hard buttons that link to the touchscreen still proves to be unintuitive. Yes, there is now thankfully a volume knob, but there should also be hard buttons and knobs for items that are frequently used such as a tuning knob. The screen layout continues to be a sore spot too, with a cluttered look that makes it easy to accidentally hit a button on the screen you didn’t intend to. This is especially true when you’re trying to operate the screen while in motion. With that said, slowly but surely, Honda is improving the design of their infotainment systems.

Some might complain about – and most automotive journalists do – the push-button transmission but I’m not one of them. Sure, I’d prefer a traditional lever, but I’m also not sure what’s so difficult about pushing a button. With Honda’s set up, it’s also fairly easy to get used to.

If you’re a CR-V owner and are hoping to upgrade to something with three rows look to the Pilot or the Odyssey because you won’t find them in the Passport. It is strictly a five-seater. But the Passport has a wider track than the Pilot does, making it a rather wide-vehicle, which translates into good passenger space. Cargo space comes in at just over 1,400 L with the seats up. Fold the rear seats down and capacity is doubled. If, for some reason, you need added versatility, Honda offers the aforementioned Thule cargo bin that is hoisted atop as an accessory.

If you’re a CR-V owner that is okay having a five-seater but are looking for more power, that’s where the Passport can help out. There’s only one engine available and it’s a 3.5 litre V6 that churns out 280 horsepower and 262 pound feet torque mated to a nine-speed automatic. This engine is buttery smooth and largely likes to keep to itself. But if you you mash your right foot to the floor, it will awaken with gusto. It’s been a while since I’ve driven an SUV of this size with a V6 – most usually have a turbo four under the hood. The advantage of the latter is better low end torque making for zippier driving abilities around town. Since the V6 in the Passport is naturally aspirated, it tends to feel a bit sluggish for city driving, but certainly not to the point where it would ever be a deal breaker.

Adding to the Passport’s off-roading credibility is the fact that it actually rides higher than the Pilot and has better approach and departure angles. It also has a differently tuned suspension. It’s been a while since I had seat time in a Pilot, but I remember it being largely comfortable – if a bit floaty. The Passport’s ride is firmer providing more confidence to the driver, but the trade-off is a bit of comfort. Most will be fine with the ride though. While the Passport is certainly no Jeep Wrangler when it comes to off-roading, it may be the most capable off-roader currently in the lineup. It also can be equipped to tow 2,268 kg.

On the highway, the Passport likes to glide quietly while the nine-speed does a good job of ensuring more times than not that you’re in the right gear. It is a decently comfortable experience and steering feedback is on the better side of heavy, but not overly so. The Passport can take a corner better than you’d expect, but any sort of performance driving should be left to the Civic Type-R.

In terms of fuel consumption, the Passport is officially rated at 12.5 L/100 kms, 9.8 in the city with a 11.3 combined rating. After a week’s worth of both city and highway driving, I averaged a disappointing 12.3. I call that disappointing because not only did I do a fair amount of highway driving during my time with it, but I kept it in Econ mode for 90% of my time with it. I wonder how badly it would have done had I not bothered at all with the econ mode? I realize it will never generate Insight-like figures, and it is a V6 after all, but you expect some level of efficiency from the efficiency mode. At the very least you should be able to hit more within the official figures in econ mode anyway.

Despite that, the Passport remains a smart addition to the line-up. People (for some reason) are head over heels for SUVs and the more a manufacturer offers to them, the more they will buy. When compared to the competition, the Passport is among the most credible for off-road credentials. It looks pretty good, has got plenty of room and has a proper V6 for those who pine for it. The Touring trim adds all the creature comforts one would need, too. It’s marketed as a go-anywhere vehicle, and while that’s a bit gimmicky and can be a bit debatable in certain instances, for regular folk, the Passport will indeed be their passport to adventure.