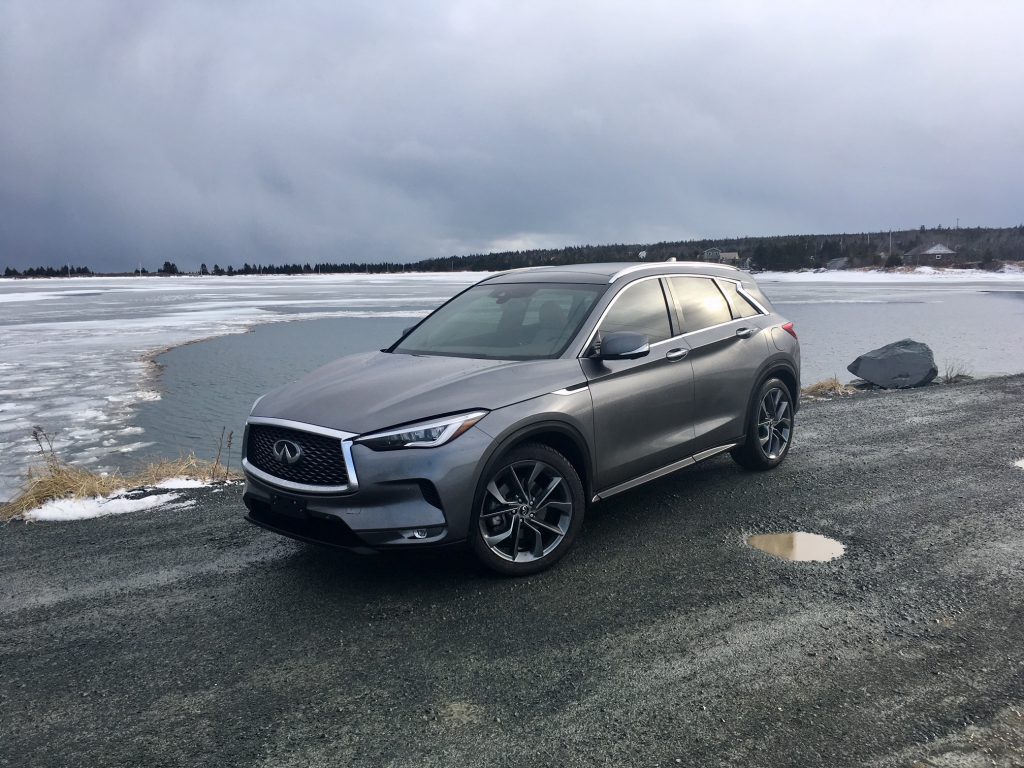 When it comes to the new Infiniti QX50, the new styling direction is a smash hit to my eyes.

That said, literally any style change would have been an improvement over the previous generation QX50, which was essentially a slightly glammed up version of the EX35, which sort of looked like a malformed jelly bean.

Still, the new QX50’s styling was very clearly the main point of interest from those who saw it. For some random strangers seemingly living under several rocks, it was an opportunity to introduce them to the brand altogether.

“Infiniti? What’s that?” some middle age women asked me while sizing it up and down at a grocery store parking lot.

Resisting my natural instincts to facepalm so hard that I would break my own nose, I educated them on the brand. After learning parent company Nissan is responsible for Infiniti’s very existence, they became even more intrigued.

Indeed, a lot of people wanted to learn more and it was the styling that drew them in in the first place.

This might be one of the best interpretations of Infiniti’s styling direction in recent memory. Sleek, elegant and sexy were all words used by those who saw it and admired it. I’m inclined to agree. I’m not normally a fan of overly swoopy and curvy lines but the QX50 has forced me to re-evaluate that sentiment. It really looks good from every angle.

If I keep droning on too much about the exterior styling, I really would be doing a disservice to the QX50 because there’s something much more impressive about it that also happens to be a world first on any production car.

Under the hood you’ll find a 2.0 litre turbocharged 4-cylinder which produces 268 horsepower and 280 pound foot torque. That’s obviously not a world first, but the unit uses variable compression technology, meaning it can adjust the compression ratio on the fly. That means it can go between 8:1 and 14:1 depending on when efficiency is advantageous or when power under hard acceleration is needed.

It’s a kind of technology that is difficult to explain in simplistic terms, but it’s certainly interesting, not least of which is due to the fact that it is considered to be an engineering marvel. And Infiniti gambled on it big time because the whole process took 20 years and over 100 prototypes. If you would have told me back in 1998 that variable compression would not only find itself on a street legal vehicle, I would have likely balked at the idea. Then again, I also would have been listening to “Gettin’ Jiggy Wit’ It” by Will Smith back in 1998, so certainly take that with a grain of salt.

To learn more about how variable compression works, check out this video.

Keeping with the engine for a moment, another reason why it’s interesting is because it has replaced the available V6 which was good for 325 horses. The new unit’s 268 seems like a big downgrade as a result, but keep in mind that torque is up as well. Gone is the 7-speed automatic and it has been replaced with a continuously variable transmission (CVT). My thoughts on CVTs tend to mimic how I feel just now – while writing this very review – remembering that I was a big Will Smith music fan back in 1998. In other words, pure embarrassment.

Indeed, it is a tad embarrassing when you’re chauffeuring people around in your fancy premium $60,000 test vehicle and when you floor it, your passengers ask if anything is wrong with the engine because it sounds like it’s “being held back”. That’s the CVT at play. Still, I’ve certainly experienced worse CVTs and with this one, you can at least shift the faux pre-set gears manually – something I found myself doing more than I thought I would. Gear shifts in manual mode are quick and crisp allowing the driver to gain even more control over the vehicle.

Not that the driver will ever really feel as if they don’t have control. The QX50 is all to happy to demonstrate its abilities in the corners making for sure-footed, confident turn-ins. It feels relatively stable, especially when in sport mode. Not that many owners will be driving as if they are on some sort of race track, but it’s comforting knowing it can hold its own.

Perhaps the most impressive feat was the QX50’s ability to tackle a typical Nova Scotia storm, which tends to include hurricane-like winds mixed with snow, that then changes to ice pellets, that then changes to freezing rain, that then changes to rain, and then the temperature drops rapidly and drastically to ensure you have the most miserable experience the next morning. It’s the type of thing that makes you want to stay in and listen to your Will Smith CD. But I did no such thing. I took the QX50 out into the storm and not once did I ever feel as if I had lost confidence in its ability to handle the nasty weather. It rarely lost any traction, didn’t slide about and I felt in complete control. This was the biggest surprise during my time with the QX50 by far. Well done.

Back to the variable compression, it’s something that happens quite seamlessly and without any input for the driver required. I wouldn’t be able to tell you which compression ratio the engine chose at any given time, for instance. It isn’t noticeable at all, which is a good thing.

Acceleration, despite the CVT, is quite good and the variable compression, along with the turbo, will help you reach 6,000 RPM in a jiffy. This is especially true when in sport mode and this is the mode where the variable compression will truly shine. But truthfully, standard mode should do just fine for most people. Eco mode neuters the vehicle far too much for my liking. It does have a personal mode though, which could allow you to find the best of all your worlds, whatever those worlds may be.

And no matter what world you are in at any given time, if you’re inside the QX50, it will be a world of luxury and style. This is easily one of the nicest cabins in the segment, which is made all the more impressive due to the fact that my tester is only one trim level up from the base model. If you opt for the top of the line Autograph trim, you’ll get amazing contrasting whites browns and suede blue accents in the cabin. Seriously, check out of some interior pics of the Autograph trim. It’s gorgeous. And while you’re at it, check out the interior of the QX80 Limited. Clearly Infiniti is capable of making interiors that easily rival the likes of Audi and Mercedes-Benz. This is a forte that I hope Infiniti will make use of of more often.

But even if you don’t opt for the top trim on the QX50, the interior is still a stylish place to be. It’s a comfortable one too as the seats feature Zero Gravity technology (which was co-developed with NASA) and they are like a resting your buns on a cloud. I can’t think of any other automaker, aside from perhaps Volvo, that have seats this comfortable.

The centre stack is divided into two screens. The bottom screen is placed too low and the font size is too small which makes it difficult to remind yourself which Will Smith throwback song it is that you are secretly jamming to on the way home from work. With all the windows up, of course.

But two screens seems to needlessly overcomplicate things, especially when accessing something like the heated steering wheel needs to be done through a two-three step process in one of the screens. The upside is the screens tend to respond to commands on the first try.

Interior space is more than adequate for most with a cargo area that bests most of the QX50’s direct competitors. I used it to pick up my aunt from the airport and we were able to fit her large oversized suitcase plus a two carry-ons without issue.

Officially, the QX50 fuel consumption figures come in at 10.0 L/100 kms city and 9.0 highway. After a week’s worth of mixed driving, I was able to hit the city figure right on the nose.

At the end of the day, the QX50 should be considered based on the engineering advancements alone. Add in supremely attractive style, top notch cargo room and driving dynamics along with an interior that is certainly more than worthy of the price tag. Go get jiggy wit’ it and put it on your shopping list.