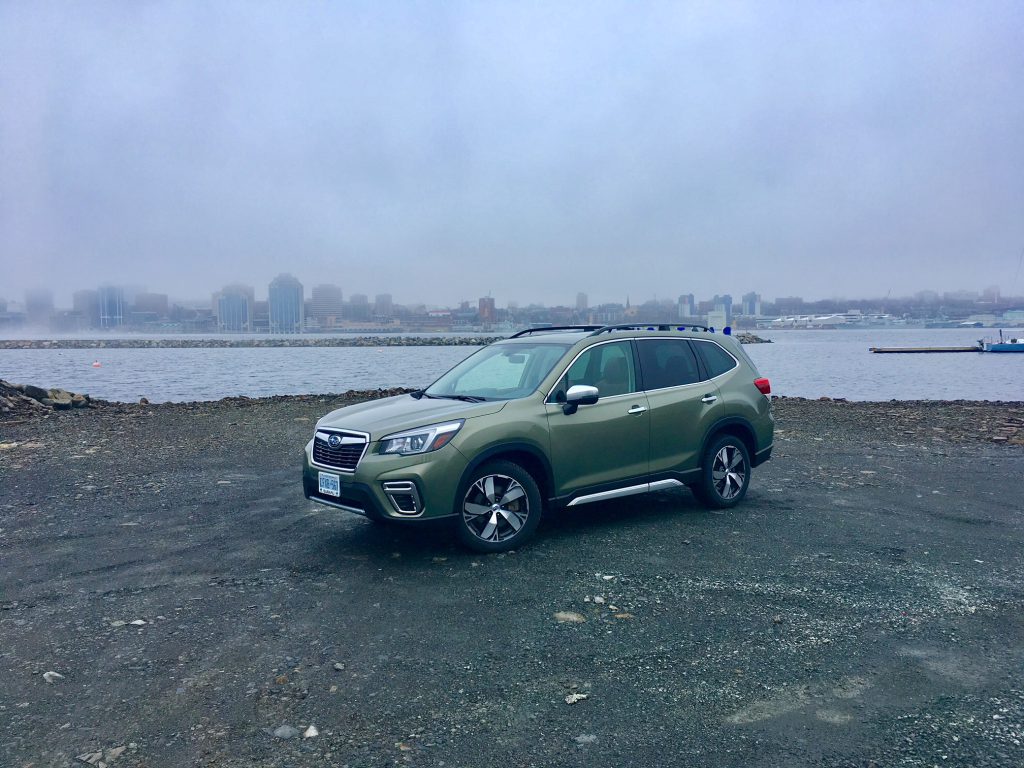 On the grand scale of things Canada is quite a minor player
when it comes to automotive market share. We buy about two million new vehicles
per year. Compare that to the Americans and the Australians who buy more than
double that amount.

However, despite our relatively small market share, we are a
particularly important market for one automaker: Subaru.

Canada has recently overtaken Australia as the third largest market in the world for Subaru. It isn’t difficult to understand why. With a lineup primarily consisting of vehicles that come with proper all-wheel drive standard (only one model doesn’t offer all-wheel drive) and mix that with winter conditions that can last up to half of the entire year, it certainly makes sense that Canadians are flocking to Subaru dealerships.

In fact, this is actually posing a problem for Subaru. They’re
running out of cars because they can’t keep up with Canadian demand. This of
course is a good problem to have,
but with wait times forming up to three months for a new Crosstrek, for
example, the little automaker can’t afford to lose market share due to a lack
of productivity.

They also can’t afford to lose loyal customers who are looking to upgrade to something new. That’s why another all-star seller, the Forester, has recently been revamped to stay competitive in a highly profitable segment.

Now, I’m not saying that Subaru specifically designed the new Forester with Canadians in mind, but they might as well have because they didn’t change the exterior design much. From my very unscientific polling with a sample size smaller than a gnat, it seems a lot of Canadians prefer the boxy-style look. If you put a 2018 model next to a 2019 model you might struggle to see the styling difference. But if you look closely you’ll notice that Subaru has completely reworked the grille, accentuated the headlights (LED headlights are standard on all trims) and re-worked the tail lights. In regards to the latter, I’d like to think that Subaru designers gave a nod to Atlantic Canadians because the tail lights look like lobster claws to this author’s eyes. New wheel designs and splashes of chrome here and there depending on the trim you choose also help the 2019 to stand out from the 2018.

One of the first thing’s you’ll notice when stepping inside is just how nice Subaru interiors have become. Once regarded as barren and quirky, the interior of the new Forester looks as if there’s some Volvo influence here, and a bit of Volkswagen there. That certainly isn’t a bad thing. Sure, my tester was the top of the line Premier trim, but suffice to say Subaru gave particular attention to detail this time around to the interior. It feels more premium.

And it feels airy and spacious too. That’s likely due to the incredible outward visibility that also allows oodles of natural light into the cabin. Aside from the fact that most people like the boxy design, that same design also makes the Forester a really easy vehicle to drive – there are no creasing or swooping lines putting design over function. I can’t remember the last vehicle I’ve driven that has such good and unobstructed views from all sides of the vehicle.

Head room is plentiful too as is leg and knee room in the back. And one thing I love is the fact that there’s a ledge next to the rear seat to use to make it easier to get stuff onto or off of the roof (pictured below). I love this level of attention to detail. It makes the Forester even more versatile.

If you’re looking for three rows of seats, buy a minivan. If you’re the type that simply has to have an SUV with three rows for some misinformed reason, then Subaru now offers the Ascent for you. But to be honest, the Forester is nearly perfect in size. There shouldn’t be too many complaints about cargo space too because up to 2,155 L is available. You also might notice that, despite looking like lobster claws, the actual brake lights are pushed as far as possible to the edges of the vehicle making for a super wide opening to the cargo area. This means that a standard size golf bag should fit along with mostly any other large or bulky item you need to haul.

In regards to tech, the Premier trim gives you plenty including Subaru’s eye-sight system, which basically houses all the active safety measures such as the adaptive cruise control and lane keep assist. Most automakers use laser or radar technology for their active safety systems but Subaru uses a pair of small cameras mounted up high behind the rear view mirror. They opted for cameras because it’s cheaper than the other options in general and not nearly as costly to fix should something go awry.

It’s clear that Subaru has put some effort into making its infotainment system more user friendly as well. The screen is bigger which makes it easier to select its functions and response times seems to be quicker. With that said, I can think of other systems that are still easier and quicker to use. Another critique I have is the steering wheel, which itself looks and feels great, but I can’t remember the last time I saw so many buttons on a steering wheel. I counted 17 buttons. 17! And that doesn’t include all the buttons house to the left side of the steering column.

All Foresters get the same engine and transmission combo and it is a 2.5 litre 4-cylinder boxer engine mated to a CVT. No other transmission is available, which is a shame because the Forester used to be one of the few in the segment that you could get with a stick. We also no longer get an XT trim which used to have an engine that churned out 230 horsepower. The 2.5 in the new Forester makes due with 182 horsepower and 176 pound foot torque. Those numbers could be described as adequate at best. The Forester isn’t slow, but if you’re looking for something with some pep, it fails to deliver. This is a real shame because others in the segment offer more power and to me, it’s the biggest downside of the new Forester. The upside is that the CVT isn’t as annoying as you’d think it would be. It largely stays out of the way and will open up at the low end to allow decent acceleration off the line. But once you get up to speed, it seems like the Forester loses its breath a bit. There may come a time when Subaru offers a hotter version with more power down the road, but that’s a big question mark at this point. It should be noted that there is a sport button of sorts called SI-drive which releases the power band a bit more making for more a more responsive feel.

While on the road though, the Forester rides well and comfortably. Its handling abilities surprised me – it can take a corner with more confidence than you might expect and it stays relatively planted when doing so. In fact, if you put it into SI-drive and start using the paddles that mimic real gear shifts (quite well too, I might add), you can have a fair amount of fun in the Forester on twisty roads. If more power was on tap, I’d say it would be among the more fun to drive options in the segment, but I think the Mazda CX-5 still owns that crown. The Forester isn’t too far behind though.

Thankfully, I didn’t get the chance to test out Subaru’s symmetrical all-wheel drive system in the snow because I despise snow. However I can say with a fair measure of confidence that the Forester would own any driving environment you through at it, whether it be snow, gravel, mud or even mild-to-moderate off-roading. There’s a reason why this system is so famous and I’d put it on par with much more expensive systems such as Quattro from Audi or 4Matic from Mercedes-Benz. That’s some good company to be included in, especially at this price point.

Officially the Forester is rated at 9.0 L/100 kms in the city and 7.2 highway. In real world mixed city-highway driving, I was able to return 8.8. That isn’t bad at all, though considering the fair amount of highway driving I did, I would have expected a figure closer to the highway rating. The Forester – and Subaru in general – is at a bit of a disadvantage in this regard because the all-wheel drive system is constantly working, whereas with many of its competitors, the front wheels are the only ones doing the work and the rear wheels don’t spring into action until needed.

Still, the Forester is probably one of the smartest purchases out there today. It’s little wonder why Canadians go gaga for it, and for the brand in general. It’s easy to drive, completely versatile, fun to drive, has improved tech and safety and is likely one of the few in the segment that could get you home through a snowstorm without complaining once. No complaining? How Canadian is that? Better start building more of these things, Subaru.